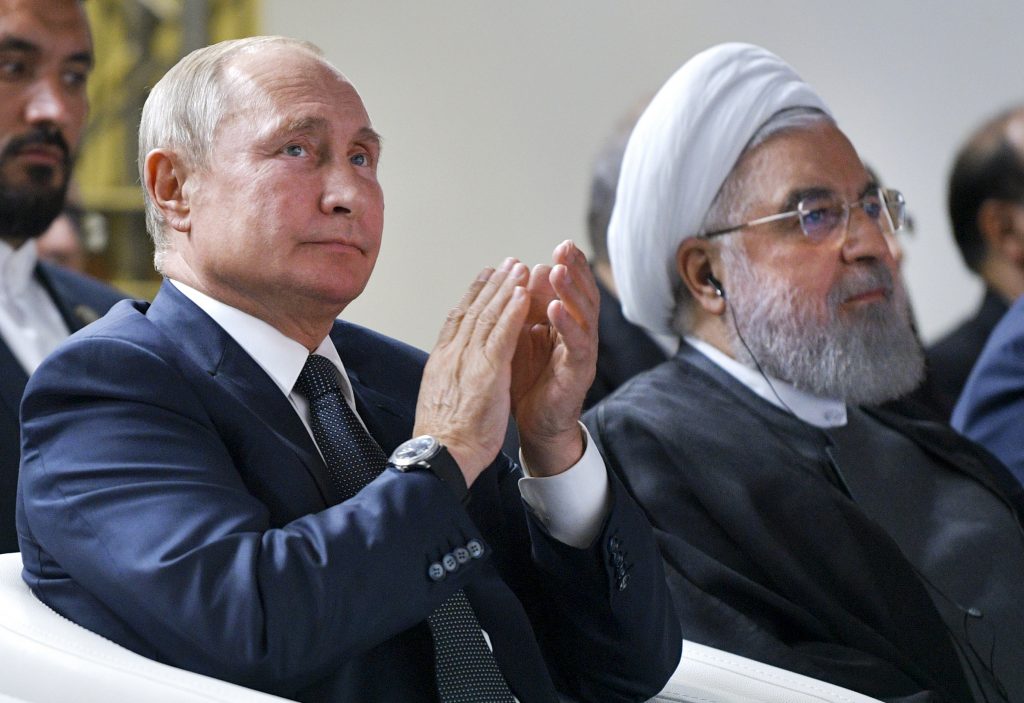 Russian President Vladimir Putin on Friday denied a report that Russia is set to deliver an advanced satellite system to Iran that will vastly improve its spying capabilities.

The Washington Post reported Thursday that Moscow is preparing to give Iran a Kanopus-V satellite with a high-resolution camera, allowing that Islamic republic to monitor facilities of its adversaries across the Middle East.

Putin, who is expected to hear a range of complaints from President Joe Biden when they meet Wednesday in Geneva, dismissed the report as “garbage.”

“We have cooperation plans with Iran, including the military and technical cooperation,” he told NBC News in an interview ahead of the summit.

“It’s just fake news. At the very least, I don’t know anything about this kind of thing… It’s just nonsense, garbage.”

Biden, who is on his first foreign tour since entering the White House, is expected to raise a slew of complaints with Putin including over election interference and hacking purportedly linked to Russia.

The Washington Post, quoting current and former U.S. and Middle Eastern officials, said the launch of the satellite could happen within months, and is the result of multiple trips to Russia by leaders of Iran’s Revolutionary Guards Corps.

The satellite, while not of U.S. capabilities, could allow the monitoring of Israeli bases and the U.S. troop presence in Iraq, the report said.

Iran has a tense relationship with many nations in the region including Israel, raising fears by its adversaries that it could share imagery with proxies in Yemen, Iraq and Lebanon.