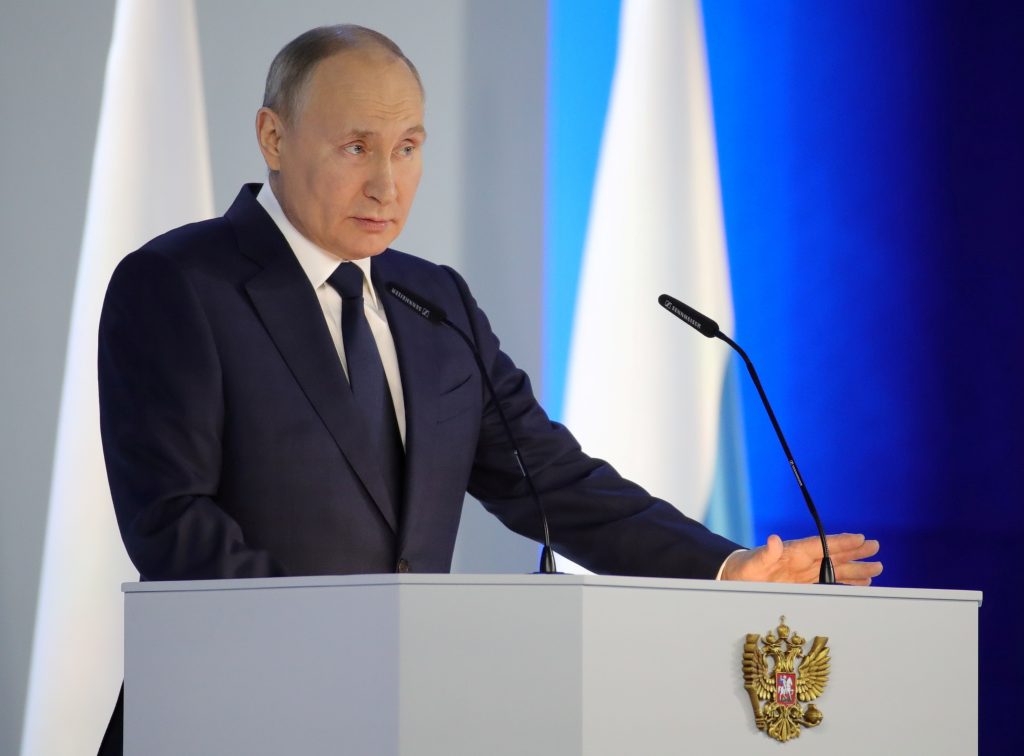 President Vladimir Putin has said Russia would be ready to hand over cyber criminals to the United States if Washington did the same for Moscow and the two powers reached an agreement to that effect.

Putin made the comments in an interview aired in excerpts on state television on Sunday ahead of a June 16 summit with U.S. President Joe Biden in Geneva. Ties between the powers are badly strained over an array of issues.

The Russian leader said he expected the Geneva meeting to help establish bilateral dialogue and revive personal contacts, adding that important issues for the two men included strategic stability, Libya and Syria, and the environment.

Putin also praised Biden for having shown “professionalism” when the United States and Russia agreed this year to extend the New START nuclear arms control treaty.

The White House has said Biden will bring up ransomware attacks emanating from Russia at the meeting. That issue is in the spotlight after a cyberattack disrupted the North American and Australian operations of meatpacker JBS USA.

A Russia-linked hacking group was behind that attack, a U.S. source familiar with the matter said last week.

Asked if Russia would be prepared to find and prosecute cyber criminals, Putin said Russia’s behavior here would depend on formal agreements being reached by Moscow and Washington.

Both sides would have to commit to the same obligations, he said.

“If we agree to extradite criminals, then of course Russia will do that, we will do that, but only if the other side, in this case the United States, agrees to the same and will extradite the criminals in question to the Russian Federation,” he said.

“The question of cybersecurity is one of the most important at the moment because turning all kinds of systems off can lead to really difficult consequences,” he said.