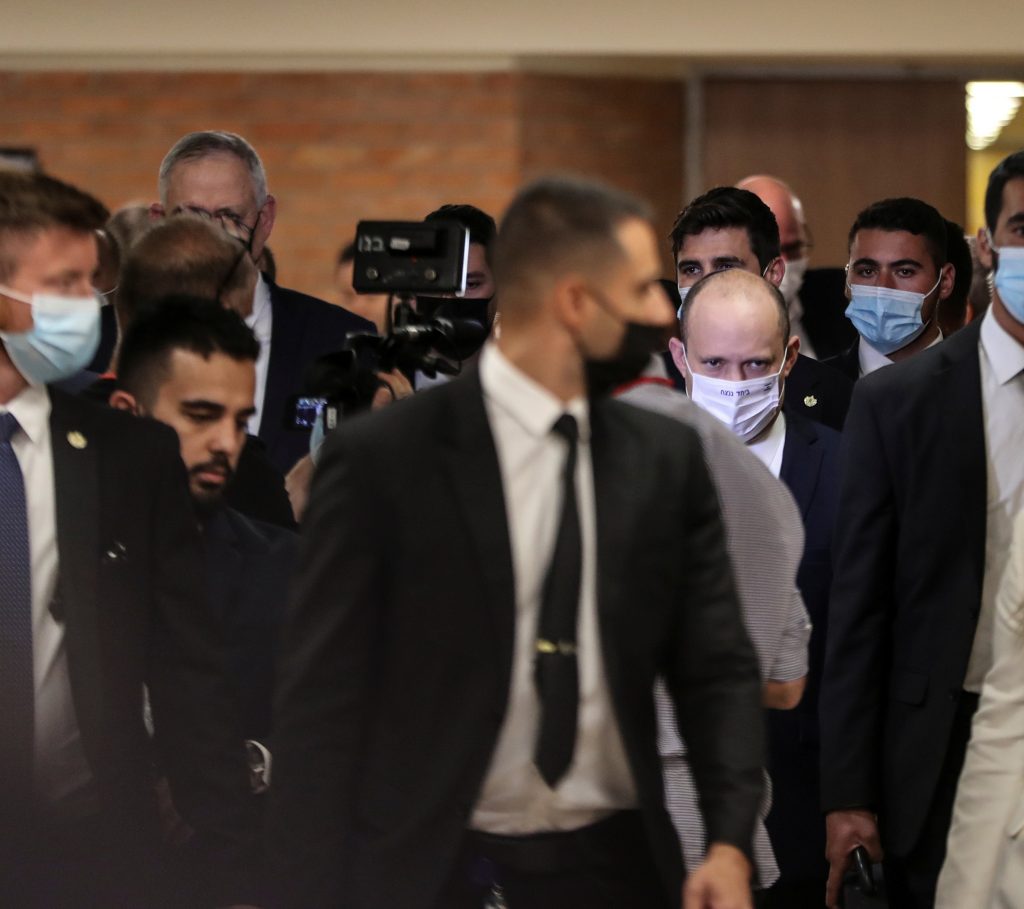 Prime Minister-designate Naftali Bennett hosted a meeting of the heads of the parties in his new coalition at the Knesset on Sunday afternoon, just hours before the government was set to be sworn in.

The eight party leaders from across the spectrum gathered in the Yamina faction’s conference room, even as outgoing Prime Minister Binyamin Netanyahu made a last-ditch effort to wipe out its razor-thin majority.

Netanyahu had apparently tried to pressure Ra’am MK Said Alharomi to change his vote, with police arriving Sunday morning at the Bedouin village of Bir Hadaj in the Negev Desert to prepare for the demolition of homes in violation of building codes.

The village is a base of support for the Ra’am party and Alharomi in particular. Among the houses identified for demolition were some belonging to Alharomi’s family members.

According to sources close to Alharomi, Netanyahu and departing Interior Minister Rabbi Aryeh Deri promised to stop the demolition process in exchange for his refusal to vote with the new coalition.

But Alharomi later confirmed he would be voting in support of the new government at the special Knesset session convening at 4pm.

Netanyahu’s Likud Party published a post slamming Bennet for relying on votes from “supporters of terrorism” and members of Knesset “who oppose Israel as a Jewish Democratic state.”

Tempers in the village of Bir Hajad ran high when the police forces arrived, accompanied by inspectors from the Environmental Protection Ministry who often enforce building code violations and other regulations in the Bedouin sector.