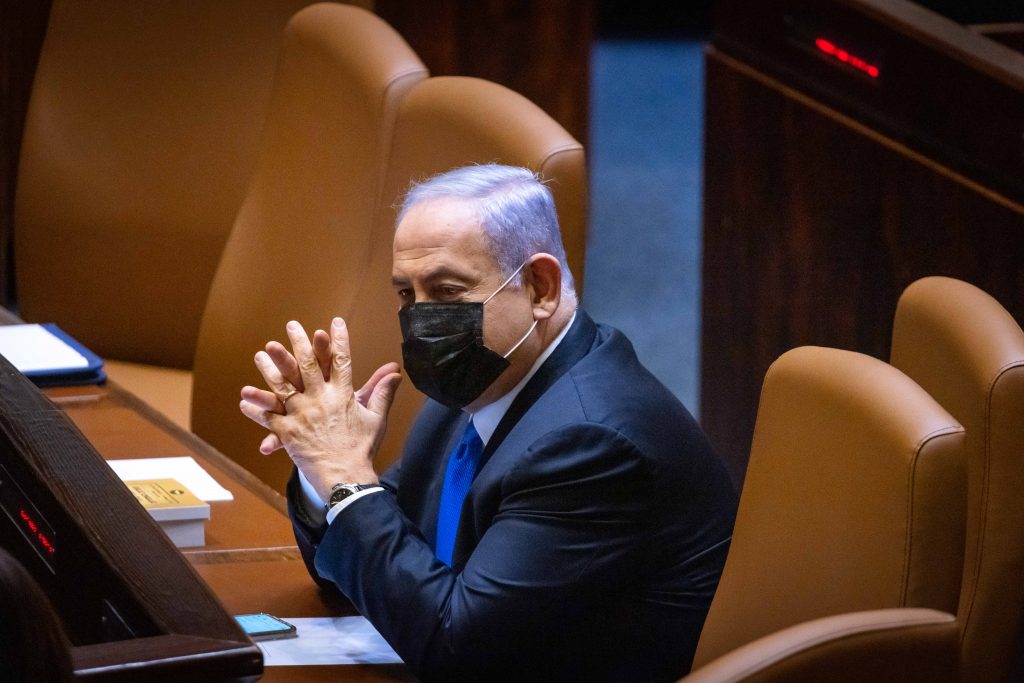 Prime Minister Binyamin Netanyahu addressed the Knesset on Sunday afternoon ahead of the expected swearing-in of a new government that will oust him from power and end his 12-year reign on Sunday evening. He promised to do everything possible to topple what he said would be a “dangerous government.”

Netanyahu said that after hearing Bennett talk tough about Iran, he was even more worried since “Bennett always does the opposite of what he said.”

The prime minister said that the new U.S. administration asked him not to speak publicly about their differences on the Iran nuclear deal. But Netanyahu said he won’t be silent in the face of the “existential threat.”

Netanyahu said that he was leaving the Prime Minister’s Office with his head held high because over a million Israelis voted for Likud and another million voted for right-wing parties that said they would back him. He said he plans to continue to fulfill his mission to ensure Israel’s security and growth.

He listed his successes as prime minister, including the transfer of the U.S. embassy to Yerushalayim, the construction of new roads, railways and the improvement to quality of life in the country.

“It happened because we ran a smart and focused security policy that made our enemies pay a price,” he said.

He said that the government oversaw “courageous” operations behind enemy lines to keep Israel safe.

The accomplishments, he said, turned Israel from a “marginal state” into a leading country.

He said that he would go to the opposition proud and would work to topple this “dangerous government.”

“It was my honor to work night and day for our beloved country,” said Netanyahu.

Unlike Bennett’s speech, Netanyahu’s comments were met mostly with silence in the plenum.