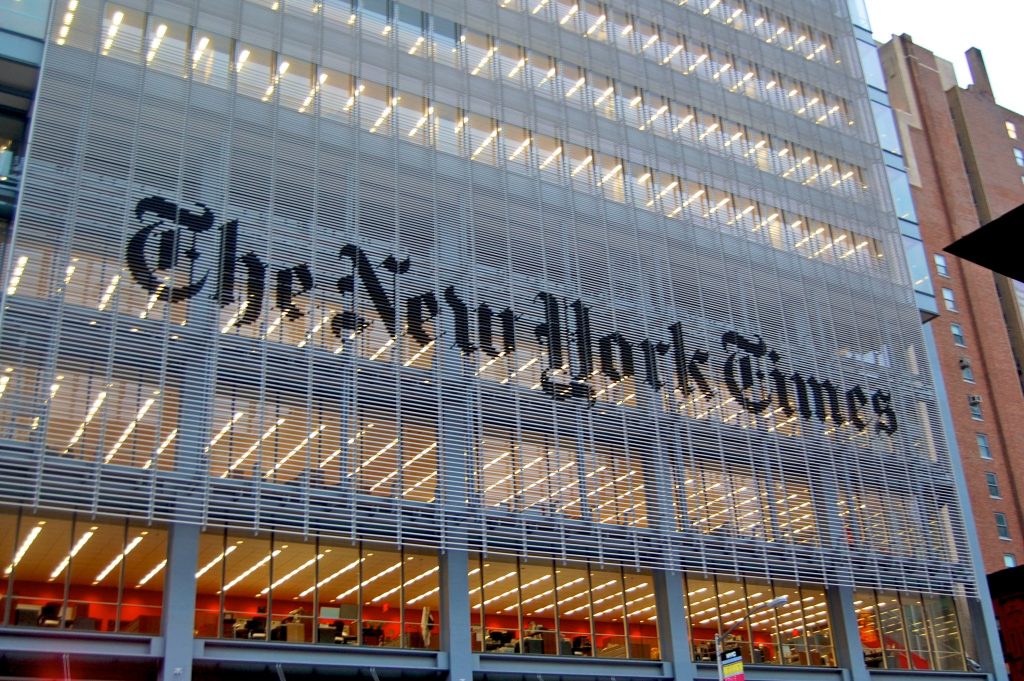 In the time-dishonored practice of shooting first and asking questions later, many media rushed to portray Israel during last month’s Hamas attack on her as a villain, for having responded with air raids on the terrorist group’s rocket launchers and military infrastructure.

Perhaps most egregiously, the New York Times saw fit on May 26 to feature on its front page, “above the fold,” an array of photos of young people who were killed during the conflict. “They Were Only Children,” read the headline.

In the related article deeper in the first section of the paper were the pictures and names of 67 children under the age of 18 who were killed, two in Israel and 65 in the Gaza Strip. Israel’s “disproportionate” response was a running theme in many media, as if the Israeli Defense Force’s carefully targeted bombing of military targets was only to punish Hamas and not to meaningfully degrade its ability to launch future attacks on Israeli civilians.

That children were among the casualties in Gaza was tragic but not surprising. Despite the I.D.F.’s efforts — including text and telephone warnings to occupants of targeted buildings to evacuate before bombs were dropped — to avoid harming civilians, and children in particular, Hamas’ tactic of positioning its command centers in the hearts of densely populated areas all but ensured civilian deaths.

But stressing the age of casualties rather than highlighting that salient fact wasn’t enough for The Times. Its report contained outright errors.

After complaints, the paper issued several corrections to the article, one admitting that that one of the children pictured on the front page feature was that of a child killed under different circumstances, not during last month’s hostilities; and another backtracking on the paper’s original claim that most of those killed in Gaza were civilians.

Another misreported “fact,” it turned out, involved a casualty listed in the article as a 17-year-old. It turned out that, rather than an innocent child, the victim was in fact 20 years of age and a full-fledged fighter in the Mujahedeen Brigades, a group allied with the Palestinian Islamic Jihad and supported by Iran. In other words, the deceased could best be described as a murderous terrorist.

And last week, as reported in Hamodia, the Meir Amit Intelligence and Terrorism Information Center (ITIC), an Israeli-based research group that includes former Military Intelligence officers, released a report showing that at least eight of the children whose names were featured by The Times had been killed by rockets launched from Gaza that misfired and fell inside the Gaza Strip. The Times, in fact, had noted deep in its report that “at least two of the children killed in Gaza … may have been killed when Palestinian militants fired a rocket at Israel that fell short.” Make that eight.

And late last week came yet another interesting revelation, in the form of a photograph published by the Israeli broadcaster Kan. It was of a tunnel that was discovered running under a United Nations Relief and Works Agency for Palestine Refugees (UNRWA) school in Gaza.

The tunnel was exposed after a rocket or shrapnel from a rocket struck the courtyard of UNRWA’s Zaitoun Preparatory Boys’ School in Gaza City’s Rimal neighborhood, creating a large hole in the ground.

UNRWA, in an unusual move, expressed its chagrin at the exploitation of its facilities by terror groups in the Strip. In a statement, the agency said it “condemns the existence and potential use by Palestinian armed groups of such tunnels underneath its schools in the strongest possible terms. It is unacceptable that students and staff be placed at risk in such a way.”

UNRWA schools in Gaza have been used in the past to store and launch rockets at Israel, particularly during the 2014 Gaza war. A tunnel was found by the UNRWA beneath another of its schools in 2017.

Also, the I.D.F. determined that, during the recent war, the courtyard of at least one Gazan school housed 14 active underground rocket launchpads.

Media, of course, cannot be taken to task for being unaware of things yet to be uncovered. But to not accurately vet “information” available to them at the time is journalistic malpractice. Corrections are nice, but first impressions — especially things like photographs of children no longer alive — are what will usually remain in the public’s consciousness.

What is more, truly responsible reporting would have required The Times and other blamers of Israel to call attention to the most salient fact of all: That the fatalities in Gaza, even those whose proximate causes of death were Israeli bombs, were, ultimately, killed as a result of the Hamas government’s decision to shoot more than 4,000 rockets at Israeli civilians.