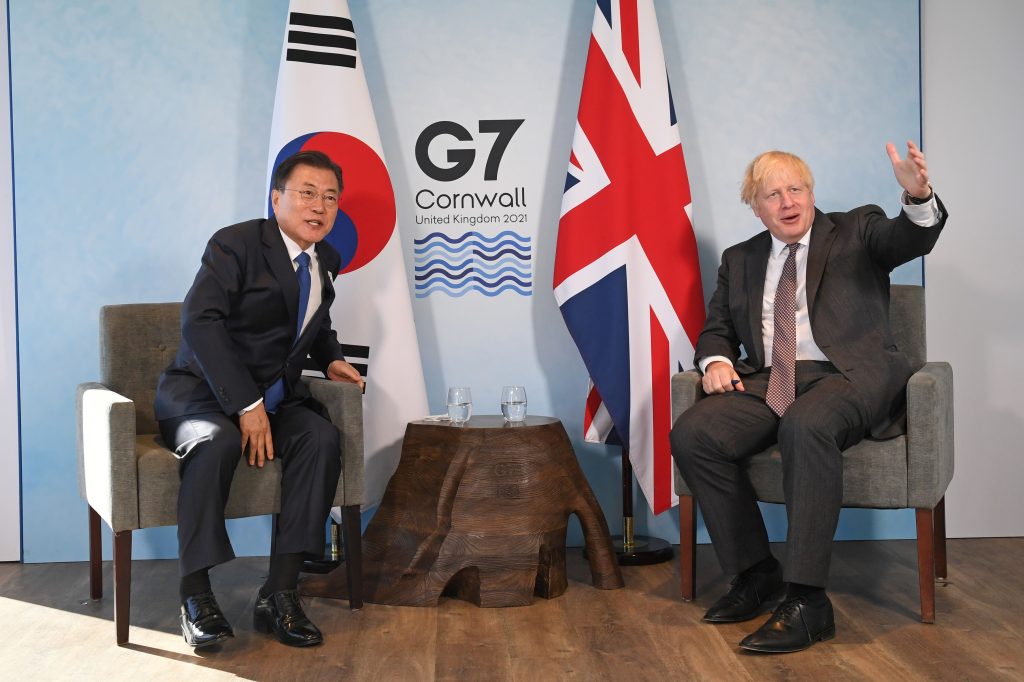 Group of Seven countries will provide 1 billion COVID-19 vaccine doses over the next year and work with the private sector, the G20 and other countries to increase the contribution over months to come, according to an almost finalized draft of the communique.

“The commitments since we last met in February 2021 including here in Carbis Bay provide for 1 billion doses over the next year,” said the communique, seen by Reuters.

“We will work together with the private sector, the G-20 and other countries to increase this contribution over the months to come,” the communique said.

Two sources said the draft had been largely finalized by diplomats who worked late into Saturday night to agree most of the text, though they said parts of the draft could change over coming hours.

There were few disagreements over the communique, which is going through final drafting, though Japan pushed for a tougher line on China, a diplomatic source said.

The G-7 said in the draft that the vaccine donations built on exports from domestic production with at least 700 million doses exported or to be exported this year, of which at least 50% have gone to non-G-7 countries.

The group added that it had “a commitment to continue exporting in significant proportions; and the promotion of voluntary licensing and not-for-profit global production, which has so far accounted for 95% of the COVAX supply,” the communique said.

The COVAX facility, backed by the World Health Organization (WHO) and the Global Alliance for Vaccines and Immunization (GAVI), aims to secure 2 billion vaccine doses for lower-income countries by the end of 2021.

“We reaffirm our support for all pillars of the ACT-A across treatments, tests and strengthening public health systems as well as vaccines,” the communique said.

The ACT-Accelerator partnership was designed to accelerate the design, production and distribution of vaccines.

“We support discussions regarding the extension of the ACT-A mandate into 2022, noting the planned comprehensive review to optimize its effectiveness and accountability.”