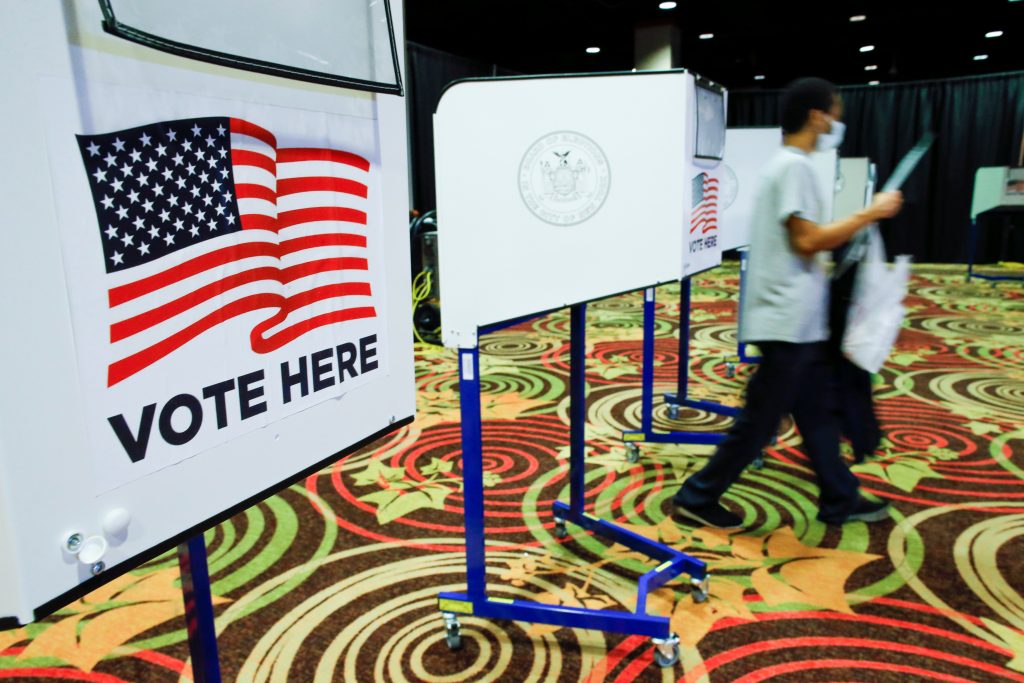 Candidates in New York City’s heavily contested Democratic mayoral primary on Saturday urged people to go to the polls in the coming days as early voting kicked off.

The start of early voting in the state marks the homestretch to primary election day on June 22. As some candidates voted, others spoke at a get-out-the-vote rally.

This primary is especially hard to predict because the city is debuting ranked choice voting, with voters ranking up to five candidates.

Wiley told attendees at the event that with early voting, New York is one of the few states expanding voting rights rather than curtailing them.

Democrats dominate in New York City, and the winner of the party’s primary is considered highly likely to win the general election in November and succeed Mayor Bill de Blasio.