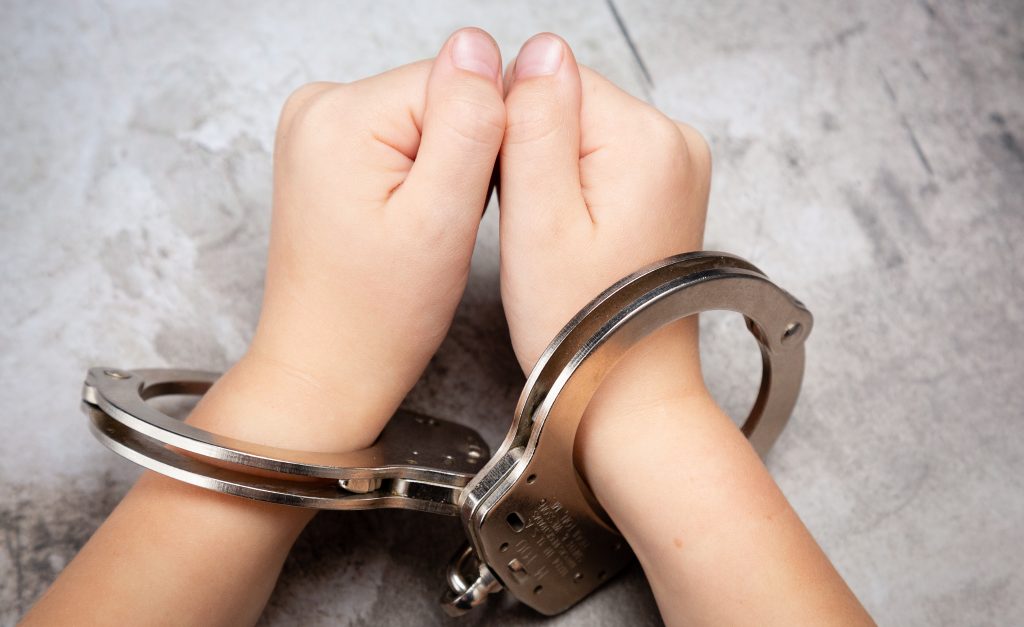 New Yorkers would avoid jail time for nonviolent parole violations, and children under age 12 could no longer be arrested as juveniles, under bills that passed the state Legislature Thursday.

The state Senate and Assembly passed the Less is More Act as state lawmakers wrapped up the end of the legislative session. The act would largely eliminate the practice of incarcerating people for technical parole violations in New York.

The Assembly also passed a bill Thursday to end the arrest and prosecution of kids below the age of 12, except in homicide cases. That bill earlier passed the Senate.

Under current state law, children can be charged as juvenile delinquents as young as age 7. In 2019, police arrested over 800 largely black or Hispanic elementary school children in New York City ages 12 and younger, according to city data.

Legislative leaders will decide when to send the bills to Gov. Andrew Cuomo, who would have 10 days to sign or veto it.

The parole bill, sponsored by Senior Assistant Majority Leader Brian Benjamin, a Democratic state senator whose district includes most of central Harlem, has exceptions for parole violations that could endanger public safety, including if someone incarcerated for driving under the influence then went out driving.

People could also receive “earned time credits” to encourage positive behavior, and would have the right to counsel during the parole-revocation process.

“This legislation recognizes that people on parole who have committed no new crimes should be with their communities and families, not behind bars for missing an appointment,” New York Civil Liberties Union policy counsel Jared Trujillo said.

Republicans, who are a minority in the state Legislature, have blasted Democrats for focusing more on perpetrators of crimes than victims. Several Republicans argued that only a handful of children who are arrested end up detained.

Meanwhile, some criminal-justice-advocacy groups criticized the Democratic-led Legislature — which wields a veto-proof supermajority — for failing to pass more bills to help people denied parole as well as New Yorkers with criminal records.

By Thursday night, lawmakers failed to pass an expected compromise bill to automatically seal the records of many criminal convictions at least three years from sentencing for a misdemeanor, or seven years for a felony.

That bill, the Clean Slate Act, wouldn’t have applied to certain offenses, or for people who are currently under parole or probation or facing a pending criminal charge. Courts, or anyone required to run fingerprint-based criminal history checks, could access the records in certain scenarios.

Lawmakers had removed an original provision of the bill, sponsored by Sen. Zellnor Myrie, a Democrat from Brooklyn, that would have also eventually expunged the records from an individual’s criminal history.

“You’re playing with too many people’s lives and these people have families that they need to be reunited with,” said Donna Robinson, 65, of Buffalo, who protested outside the statehouse Thursday. She said the failed parole reforms could have helped give a second chance to her 45-year-old daughter Al-Shariyfa Robinson, who received 15 years to life after confessing to setting a boarding house on fire in 2015. Two people died in the fire.

A look at other bills:

DECRIMINALIZING SYRINGES, NEEDLES: New York would repeal misdemeanor criminal penalties for possessing needles and syringes under a bill that passed the Assembly Thursday and the Senate earlier this week. Pharmacies could also provide syringes without facing the current limit of 10 syringes. Supporters have pushed to pass the bill for 11 years in hopes of cutting rates of diseases and encouraging participation in state-funded syringe programs. Republicans and critics have raised fear that decriminalization will encourage drug use.

PAROLE REFORM: The Assembly didn’t pass Thursday a bill to direct the state parole board to start evaluating whether individual prisoners over the age of 55 would pose a “significant public safety risk” if released. Another bill that failed to pass would have required the board to parole prisoners once their minimum period of incarceration is up, unless there’s a “clearly articulated current public safety risk.”

MTA BILL: Lawmakers did not pass the governor’s bill that would have allowed him to appoint two Senate-confirmed heads of the Metropolitan Transportation Authority, up from one currently. Cuomo’s office released a memorandum that said having a single individual serve as chairman and chief executive officer “needlessly limits the pool of individuals who can serve in the position” while clashing with not-for-profit reform laws that say a CEO shouldn’t serve on the board. Cuomo on Tuesday said he nominated MTA interim leader Sarah Feinberg as the agency’s board chair and MTA Chief Development Officer Janno Lieber as CEO. Critics say Cuomo wields too much power over the agency: Riders Alliance Executive Director Betsy Plum said unlike in the private sector where board members elect their own chair and hire a CEO, Cuomo himself appoints every board member as well as senior management. The fate of the bill is unclear, but Cuomo has said the nominations are a priority. Senate Leader Andrea Stewart-Cousins said Thursday that lawmakers are ready to return for “any outstanding issues.”

GRAND JURY SECRECY: A bill to allow the release of some grand jury material has passed the Assembly but wasn’t on track for a Senate vote as of Thursday. Typically, when there’s no grand jury indictment, information about the proceedings often remains secret. Under the bill, courts could release some details when the public is aware of the grand jury proceedings and the suspect’s identity.