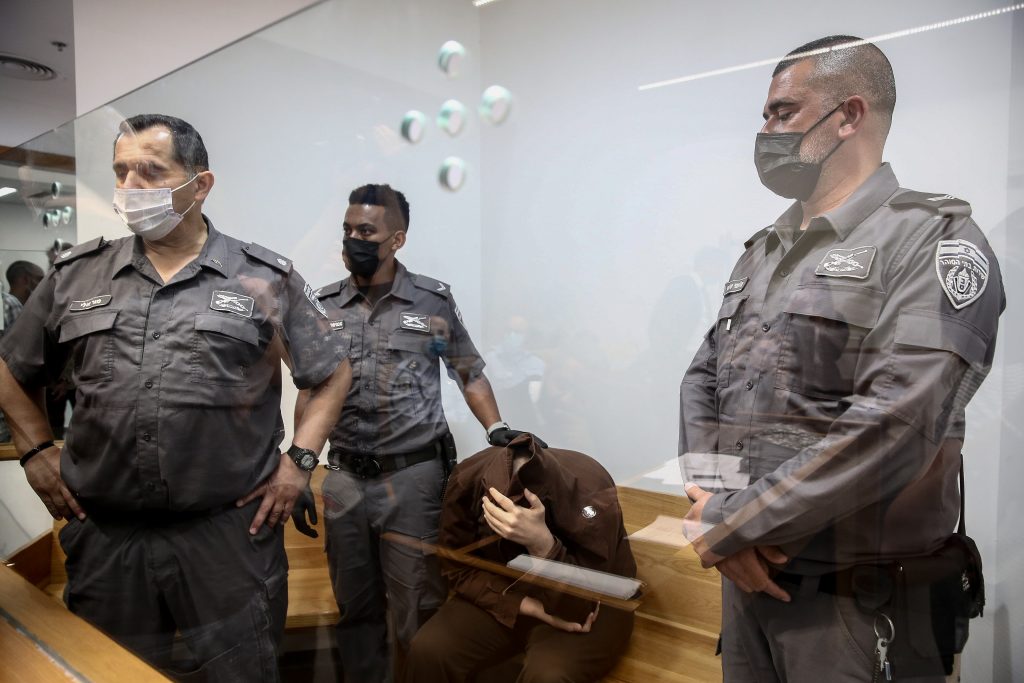 The Shin Bet and the Israel Police arrested seven Jewish residents of Herzliya and the surrounding area for questioning on suspicion of involvement in an attack on an Arab man near the Sydna Ali Mosque in Herzliya last month.

The Shin Bet stated Thursday that a special team conducted an investigation in the past month into suspicions that the seven suspects were involved in incitement and a lynch against the Arab man.

The case began on May 12 with the receipt of a report of a man moderately injured in a vehicle near the mosque. The victim is an Arab in his 60s from Taibeh.

The findings of the initial investigation revealed that a group of masked men attacked the victim, sprayed him in the face with pepper spray and stabbed him with a sharp object.

This incident occurred amidst unrest around the country and Muslim riots against Jews at multiple locations. At the same time, Hamas was firing rockets on Israel from the Gaza Strip.

As the investigation progressed, seven suspects in the act were identified and arrested for questioning by the Shin Bet and the police. Others are suspected of involvement as well.

The findings were transferred to the State Attorney’s Office, which filed a prosecutor’s statement in the Tel Aviv Magistrate’s Court and is expected to file indictments.