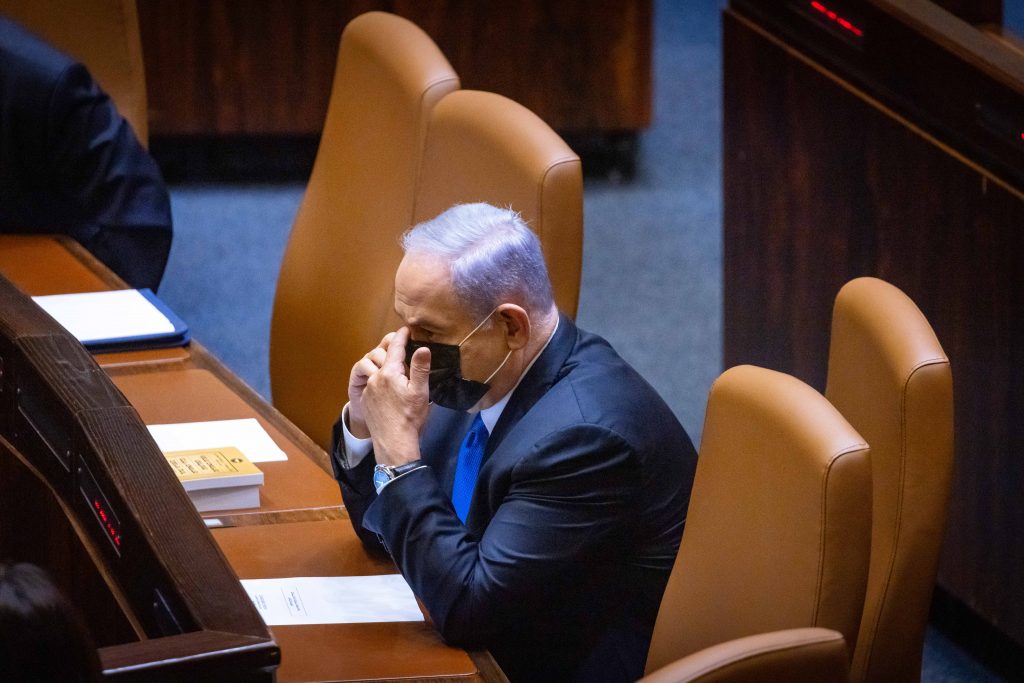 Binyamin Netanyahu has only himself to blame for his failure to form a government, despite having had a solid right-wing/religious majority to work with.

Over the years, he made too many political enemies and for no good reason other than that they were talented people who could pose a challenge to his leadership of the Likud and the country.

He made life miserable for Gideon Sa’ar — humiliating him by denying him a ministerial portfolio — and now Sa’ar is returning the favor. And he lied once too often in previous coalition negotiations to get anyone to take seriously his promises to rotate the premiership.

But even if Netanyahu earned his ouster, what about the rest of us? Do we deserve the leadership that will replace his?

It is an unstable coalition of disparate parties that is built on deceit and that imposes on the country a prime minister, Naftali Bennett, who received less than 15% of the vote (when he expressly said he was running for prime minister).

It’s true that politicians have been known to lie, but Bennett repeatedly assured his right-wing voters that he wouldn’t join a government with Yair Lapid and the left and the Arabs. This is the ultimate betrayal and cannot be covered up by claims that nothing was more important than preventing the need for another round of possibly inconclusive elections.

The “government of change” includes legislators who would make it a crime to put tefillin on 13-year-olds, punishable by six months in prison. It is a government whose coalition guidelines say nothing about preserving Israel as a Jewish state and encouraging aliyah (in order not to offend the Arab parties). As journalist Amit Segal, who revealed the guidelines, pointed out, this is the first government in Israel’s history that doesn’t include such basic points.

Avigdor Liberman will be finance minister and be able to appoint one of his yes-men in Yisrael Beytenu as chairman of the Knesset Finance Committee, which is supposed to provide oversight. In recent years, the position was held by Rabbi Moshe Gafni, of United Torah Judaism, and by Rabbi Yaakov Litzman, who were able to force the Finance Ministry to withdraw decrees that harmed the interests of chareidim and weaker sectors of the public at large.

Liberman’s unprecedented control of the national checkbook will make him the most powerful man in the country. He will slash budgets to yeshivos, kollelim and school programs that don’t offer the core curriculum, as well as funding for social and economic programs that assist the Torah public.

Most frightening of all is that Liberman, Lapid, Meretz Chairman Nitzan Horowitz, Labor Chairwoman Merav Michaeli (whose No. 4 is a Reform representative), together with the Arabs, will decide on pressing issues such as the yeshivah draft, conversions, the standing of the Reform movement, the Kosel Plaza, public observance of Shabbos, and more.

Netanyahu has his flaws, but the “change government,” assuming that it is approved by the Knesset in a vote of confidence, will not bring stability or unity or proper governance, or any of the other things its members promise. The change will relate only to who sits in the Prime Minister’s Office, and it doesn’t look like it will be a change for the better.