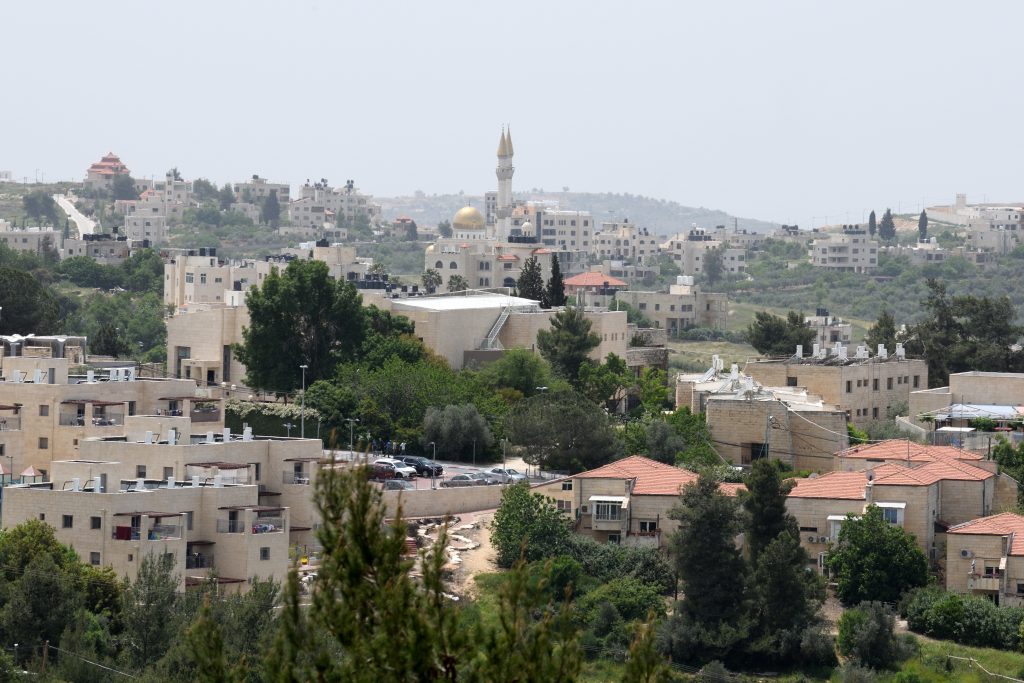 Illegal Palestinian construction in Yehuda and Shomron poses a threat to Israel’s security, according to an Intelligence Ministry report, Channel 12 News said on Thursday.

The report accuses the Palestinian Authority of openly working “to create conditions for a future connection between the Palestinian state and areas with an Arab majority in the State of Israel and the Bedouin settlements in the Negev.”

Intelligence Minister Eli Cohen stressed the urgency of dealing with the situation:

“The Palestinian Authority is deliberately and illegally taking over the territories. This is part of the Palestinian attempt to establish a state by establishing facts on the ground. I conveyed to the cabinet the recommendations of the Intelligence Ministry to deal with this ticking bomb immediately, before it is too late. We must immediately stop the continued illegal takeover of land by construction and development.”

In particular, provides details on the expansion of PA construction in Israel-controlled Area C in recent years. The Jewish communities of Otniel and Elon Moreh were singled out as being surrounded by Arab construction which could harm their security.

In addition, it said that the security effectiveness of the separation fence in the center of the country and in the Yerushalayim environs has eroded.

The timing of the report is politically significant. It comes on the eve of a new government whose position on illegal Palestinian construction in Yehuda and Shomron remains unclear. Media reports in recent days described a row between the Islamist Ra’am party and the right-wing New Hope over enforcement of housing laws in Yehuda and Shomron.

The issue appears to have been smoothed over to allow for all the parties signing the coalition agreements before the swearing-in, but the outcome for the future government’s policy was not immediately known.

Gush Etzion Regional Council Head Shlomo Ne’eman said in response: “For years, we in the Judea and Samaria councils, have been crying out about the daily plundering of our land by our enemies. For the first time a government ministry produced a comprehensive and serious report that actually describes the PA’s desire to create territorial contiguity throughout Judea and Samaria. As a result within a decade the entire built up area of the PA has doubled with the Israeli communities becoming enclaves.”

Ne’eman continued, addressing the incoming government: “This report proves unequivocally that there is a real war taking place for the future of Judea and Samaria. The Israeli government must understand that this is not an internal Israeli dispute that can go on forever, rather it is something that must be made a top national priority. If you call yourselves a “government of change,” we would be happy to see that the first change you make will be a fundamental change in regard to the battle for Area C in Judea and Samaria.”