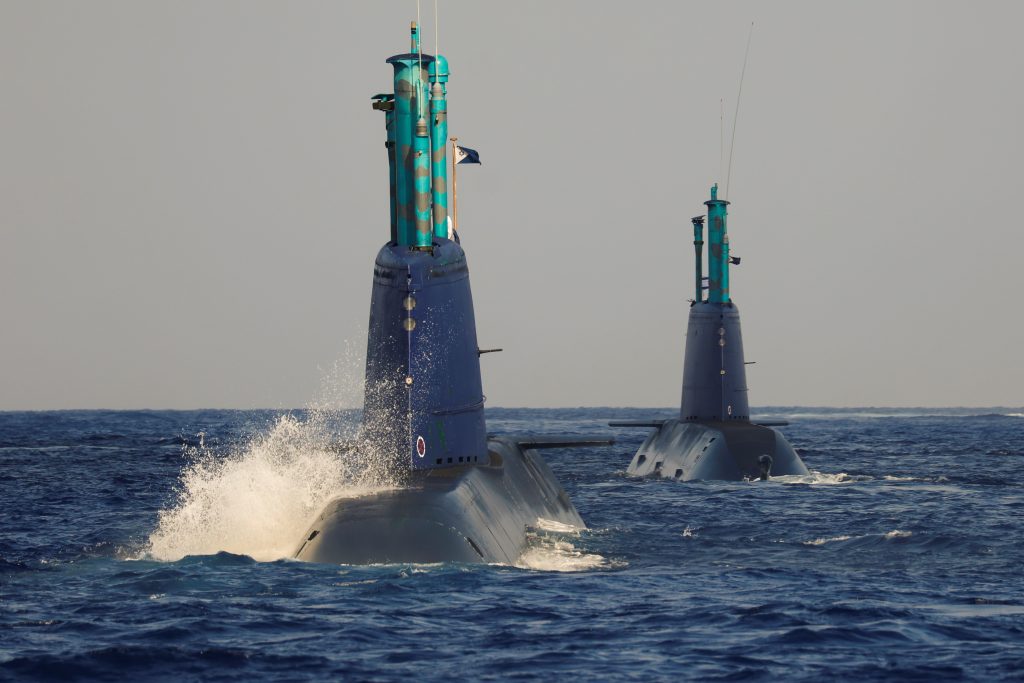 The IDF on Wednesday held a special ceremony welcoming the arrival of the INS Oz Sa’ar-6 class missile ship at the port of Haifa, attended by Defense Minister Benny Gantz.

The ship was handed over at Thyssenkrupp (TKMS) marine systems dockyards in Germany to the Israeli Navy about two weeks ago.

INS Oz is the second of four new Sa’ar-6 class missile boats that will guard the gas rigs and Israel’s territorial waters. The INS Magen arrived in Israel last December.

The ship’s arrival is “a significant milestone in strengthening the resilience of the State of Israel, including in the economic field. The ships will serve as a key pillar in Israel’s defense of its territorial waters and its energy resources at sea,” the IDF stated.

All combat systems used on the ships will be produced and outfitted by Israeli companies at the insistence of the Defense Ministry, which aims to ensure the flow of contracts to Israeli firms.

In May 2015, Israel signed an agreement to purchase four advanced battleships from Germany to secure its offshore gas fields.

The INS Atzmaut and Nitzachon will arrive in Israel in the coming years.