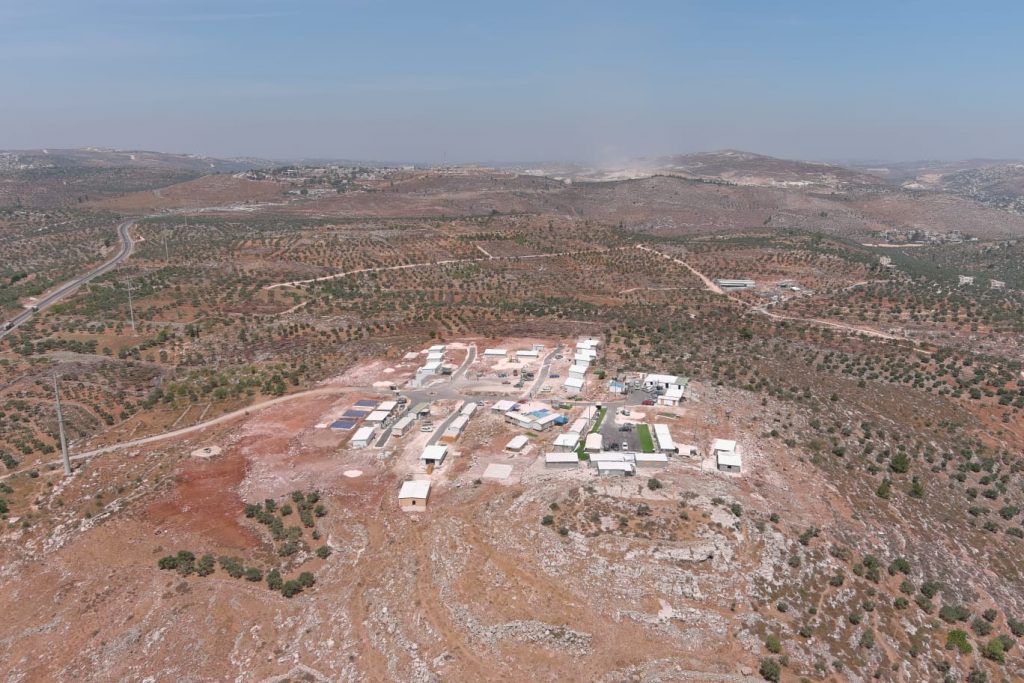 Defense Minister Benny Gantz (Blue and White) told Prime Minister Binyamin Netanyahu that he does not require anyone’s permission to evacuate the community of Evyatar in the Shomron.

“There is no instruction whatsoever in the law that declares that issuing an order sealing off an area in Yehudah and Shomron requires the approval of the Prime Minister,” a Defense Ministry statement said.

“Without getting into the complex questions of defining the status of the land in this area, the very founding of the community is an illegal action and its scope and characteristics are unusual. The unusual circumstances of this case are what brought us to decide to issue an order closing it off, and that is after we held discussions with all of the relevant security and legal bodies.”

The statement follows a Wednesday request by Netanyahu that Evyatar’s demolition be delayed until next week.

Orders to close off areas are extremely unusual and issued only for construction on private Arab land. The community of Evyatar was founded on land belonging to the state, and therefore the order sealing the area off is invalid. However, the order means that the town may be demolished without the usual legal processes, which are only used for construction on private Arab land.

The Evyatar community was established immediately after the murder of Evyatar Borowski, Hy”d, in a stabbing attack at the Tapuach junction some eight years ago, and its construction was renewed about a month ago after the murder of yeshivah student Yehudah Guetta, Hy”d, in the shooting attack at the Tapuach junction. Forty-seven families moved into the community.