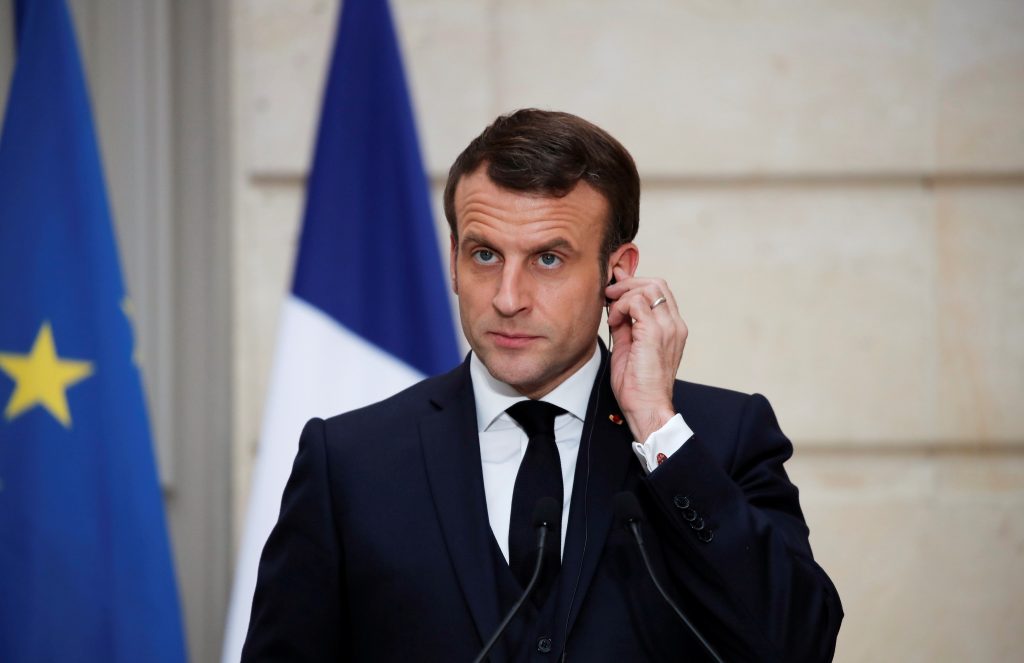 A court ordered a man who slapped French President Emmanuel Macron across the face this week to serve four months in jail, BFM TV reported.

Damien Tarel, 28, an unemployed fan of medieval swordsmanship who said he is a right-wing sympathiser, attacked Macron when the French president was shaking hands with members of the public during a walkabout on Tuesday.

The court gave Tarel a sentence of 18 months in jail, but 14 of those months were suspended, the broadcaster reported.

Earlier, Tarel told the court in Valence in southern France, that he acted because the president stood for all that was rotten with France, the news channel said.

Tarel said that several days ahead of Macron‘s visit to the Drome region of southern France, he had thought about throwing an egg or a cream tart at the president, but added the slap was not premeditated.

“I think that Macron represents very neatly the decay of our country,” he told the court, according to BFM TV. “If I had challenged Macron to a duel at sunrise, I doubt he would have responded.”

Macron has described the attack as an isolated incident and said violence and hate were a threat to democracy. His office did not respond to a request for comment on Tarel’s courtroom remarks.

Tarel faced a charge of assault against a public official, an offence which carries a maximum sentence of three years in jail and a 45,000 euro fine.

Tarel struck Macron after the president came over to greet a small crowd of onlookers after visiting a vocational college during a trip to take the pulse of the country as it emerges from the pandemic and ahead of presidential elections in 2022.

Macron reached out to Tarel who was standing behind a security barrier, Tarel then shouted “Down with Macronia” (“A Bas La Macronie”) and slapped Macron on the left side of his face.

He could also be heard shouting “Montjoie Saint Denis”, the army’s battle cry when France was still a monarchy.

“It’s a patriot’s slogan,” he was quoted as telling the court.

Tarel told police investigators that he had been close to the anti-government “yellow vest” protest movement which shook the Macron presidency, and held ultra-right wing political beliefs.

Acquaintances of Tarel described a man who loved period role-play and was not a trouble-maker. The prosecutor said he was not a member of any political or militant group.

Tarel was arrested along with a second man from his hometown of Saint-Vallier.

Police found weapons, a copy of Adolf Hitler’s autobiographical manifesto Mein Kampf and a red flag with golden hammer and sickle that is the symbol of the communist movement in the second man’s home, local prosecutor Alex Perrin said.

The second man will not face any charges related to the slapping but will be prosecuted for illegal possession of arms in 2022.