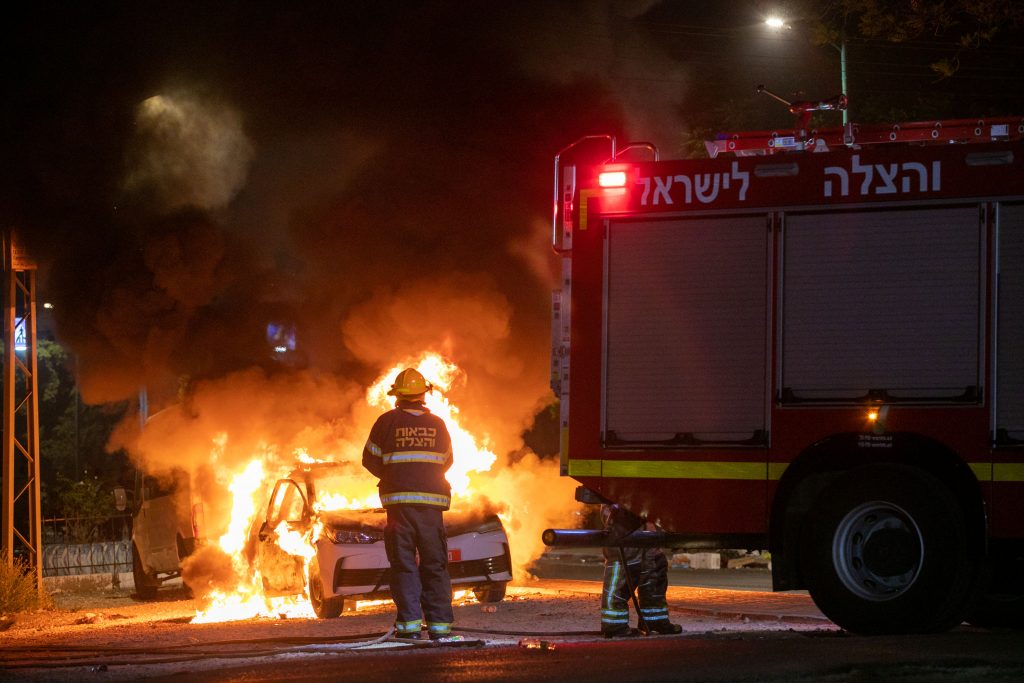 Several Arab Israelis have been arrested for attacking Jews during riots last month, the Shin Bet and police said Thursday.

Three of the suspects are accused of shooting at a Jewish man outside the northern village of Zalafa. Another two are alleged to have assaulted Jews in the town of Kafr Qara.

A joint statement from the Shin Bet and police said that the three suspects in the drive-by shooting planned the May 13 attack and rode in a car without license plates. The man they shot at hid from the line of fire and was not hurt in the incident.

The suspects, all residents of Zalafa, are also accused of taking part in additional violent riots last month.

The other two suspects, both from Kafr Qara, are alleged to have taken part in nationalistic assaults. The two were named as Bashir Abu Rashid, 21, and Muhammed Hamarsha, 31.