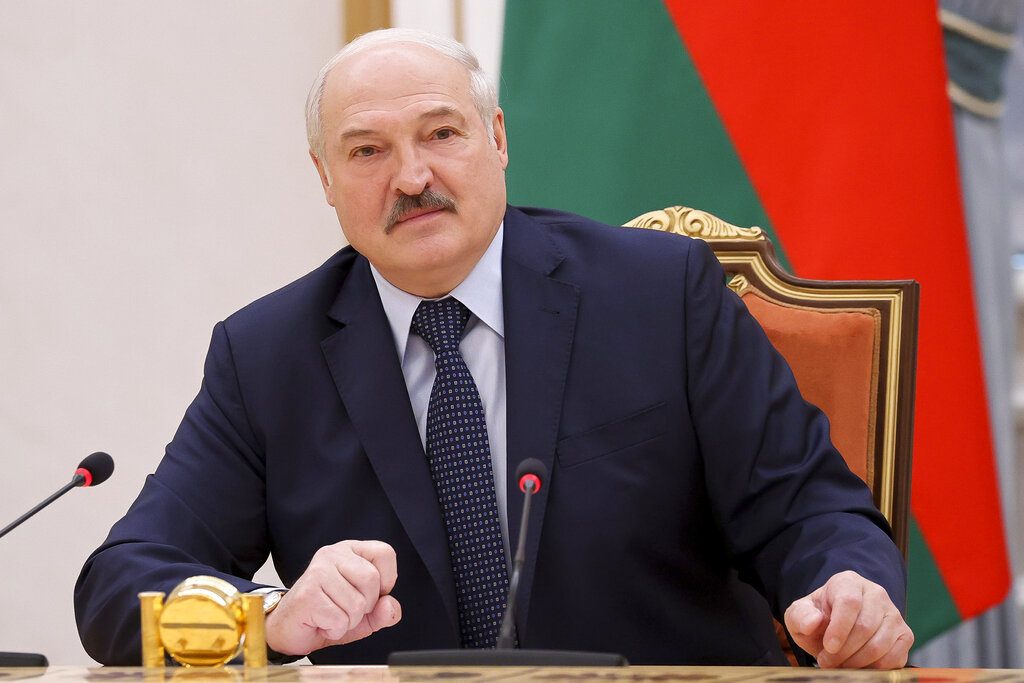 Belarus’ authoritarian president on Tuesday signed a law that threatens demonstrators with years in prison — the latest move in a relentless crackdown on protests against his rule.

The law envisages a prison sentence of up to three years for the participants in unsanctioned protests who had joined them on at least two occasions over a year. Previously, taking part in unauthorized demonstrations was punishable by fines or brief jail terms ranging from several days to two weeks.

President Alexander Lukashenko has faced months of protests fueled by his reelection to a sixth term in a vote last August that was widely seen as rigged. The Belarusian authorities have responded to demonstrations with a fierce crackdown that saw more than 35,000 people arrested and thousands beaten by police.

The wide-ranging repression was spotlighted again on May 23, when Belarus diverted a Ryanair flight traveling from Greece to Lithuania to Minsk where authorities arrested Raman Pratasevich, a dissident journalist who was aboard. Since his arrest, 26-year-old Pratasevich has been shown in several videos on state media, tearfully repenting for his activities and praising Lukashenko in remarks that the opposition slammed as coerced.

The new bill signed by Lukashenko also toughens punishment for the “rude violation of public order” from three years to five years in prison. The authorities have widely leveled those charges against protest participants.

The legislation also introduces two-year prison terms for posting “banned information,” such as calls for the government’s ouster, online.

It follows up on another law approved by Lukashenko last month that bans news media from doing live reports on unauthorized demonstrations and allows the Information Ministry to shut down a media organization without a court order.