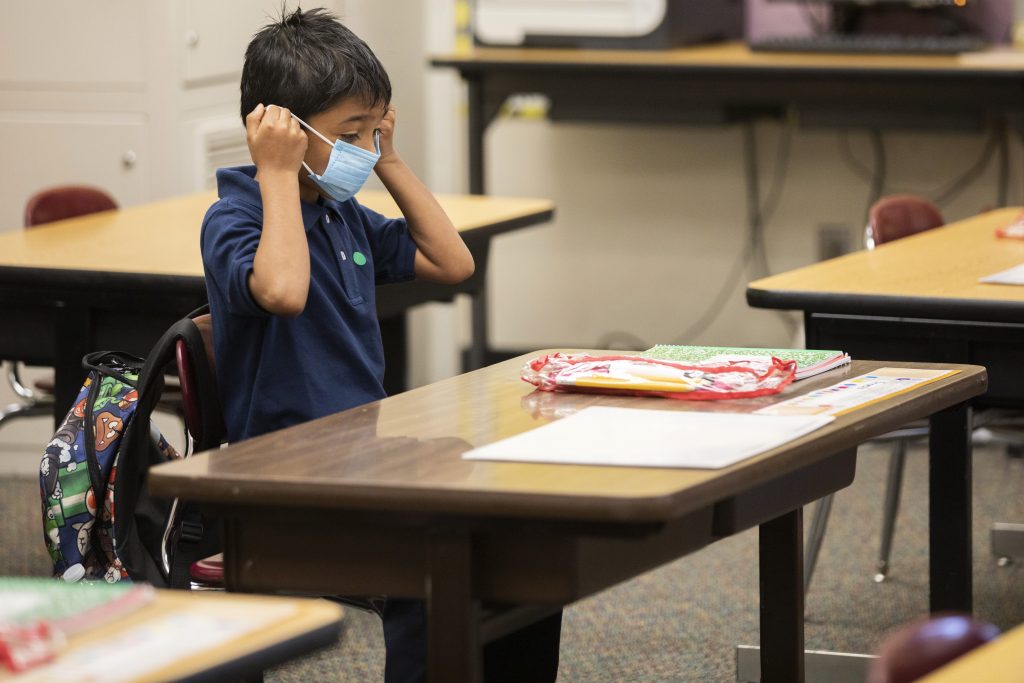 That guidance was in direct contrast with a letter released by Gov. Andrew Cuomo’s office Friday afternoon that sparked confusion around the state.

“If there is any data or science that you are aware of that contradicts moving forward with this approach, please let me know as soon as possible,” Zucker wrote. “We plan to make this guidance effective on Monday June 7.”

Cuomo’s office itself released a press release Friday that said the state planned to waive the mask mandate for “students outside the building” unless the CDC provided the state with “contrary data or science” before Monday.

School leaders then spent the weekend figuring out their own policies, while some parents took to social media to question why the Cuomo administration made the change with just days left in the school year. New York City, the nation’s largest school district, made clear Friday it planned to keep its mask requirement.

The U.S. Centers for Disease Control and Prevention said it was still recommending schools to mandate masks because of the lack of vaccine eligibility among children below age 12.

But on Sunday, the Education Department said that it spoke with members of Cuomo’s executive staff, who said the state’s letter to the CDC was intended to seek advice but hasn’t “changed any existing arrangements.”

“Therefore, schools should continue to operate under their existing procedures until further notice,” reads the Education Department’s guidance. “No changes have been, or will be, made by the executive until after Monday June 7 to afford the CDC an opportunity to respond to the letter.”

Cuomo’s initial move was cheered by Republican legislators, who wrote letters to him last week asking that he lift the mask mandate over concern from families about requiring kids to wear masks in anticipated summer heat.

The Cuomo administration started requiring face masks to be worn “at all times” in schools in early April.