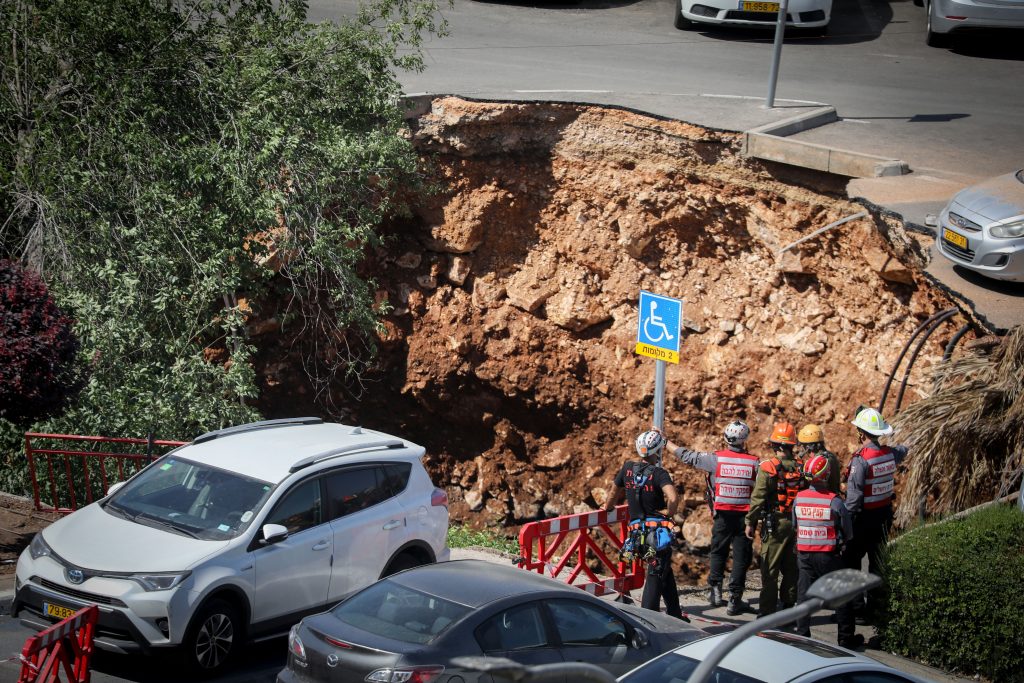 The police department said that there were no injuries, though fire and rescue crews are still searching for people who may be trapped underneath the rubble.

The Fire and Rescue Service said: “Seven fire extinguishing, evacuation, and rescue teams from the Yerushalayim station, aided by the District’s Unit for Special Evacuations, are acting now at the sinkhole which opened at the parking lot at the entrance to Shaare Zedek Medical Center.”

“The firefighters are searching for people who are injured or trapped at the site of the collapse, and there are efforts to locate vehicles which we are concerned were buried within the sinkhole.”