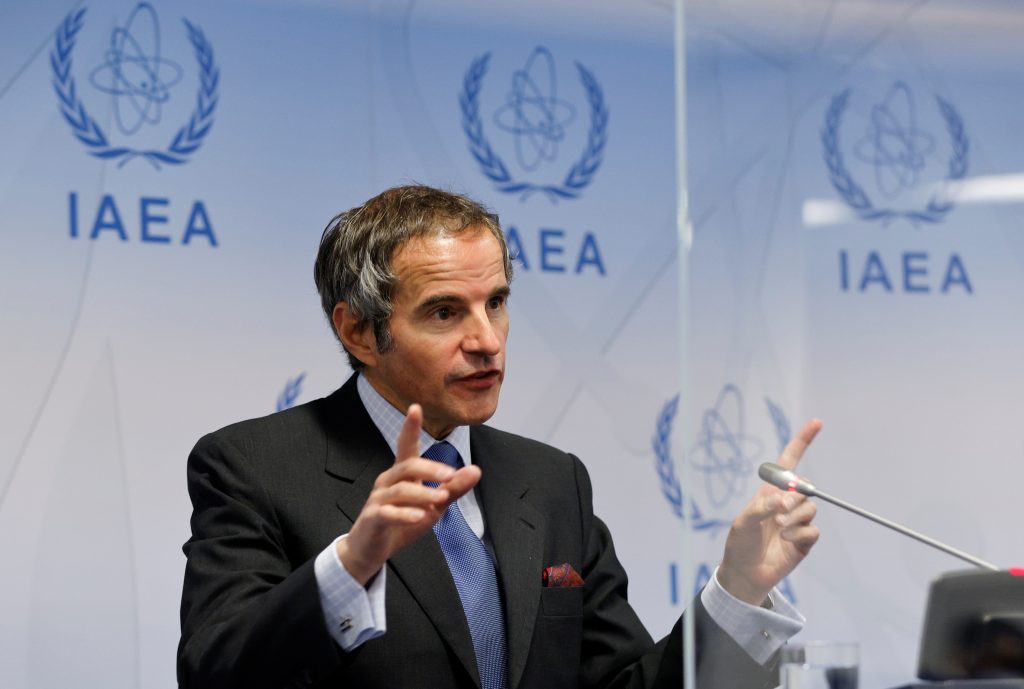 Iran has failed to answer questions about the discovery of uranium particles at former undeclared sites in the country, the head of the U.N. nuclear watchdog said Monday, calling on Tehran to provide information “without further delay.”

Rafael Grossi, the head of the International Atomic Energy Agency, has been pushing Iran for answers on three sites dating back many years where inspections had revealed traces of uranium of man-made origin, suggesting they were once connected to Iran’s nuclear program.

The issue is separate from the ongoing negotiations aimed at bringing the United States back into Iran’s 2015 nuclear accord with world powers.

Grossi said in March that Iran had agreed to sit down with international technical experts investigating the discovery, and said he hoped to “come to some satisfactory outcome” by the time of the IAEA board meeting in June.

But in comments Monday to the IAEA’s board of governors, Grossi said that “after many months, Iran has not provided the necessary explanation for the presence of the nuclear material particles at any of the three locations where the agency has conducted complementary accesses.” He said Iran also hasn’t answered questions regarding another undeclared location.

“The lack of progress in clarifying the agency’s questions concerning the correctness and completeness of Iran’s safeguards declarations seriously affects the ability of the agency to provide assurance of the peaceful nature of Iran’s nuclear program,” Grossi said.

“For objectivity’s sake, I should say that the Iranian government has reiterated its will to engage and to cooperate and to provide answers, but they haven’t done that so far,” he told reporters later. “So I hope this may change, but as we speak, we haven’t had any concrete progress.”