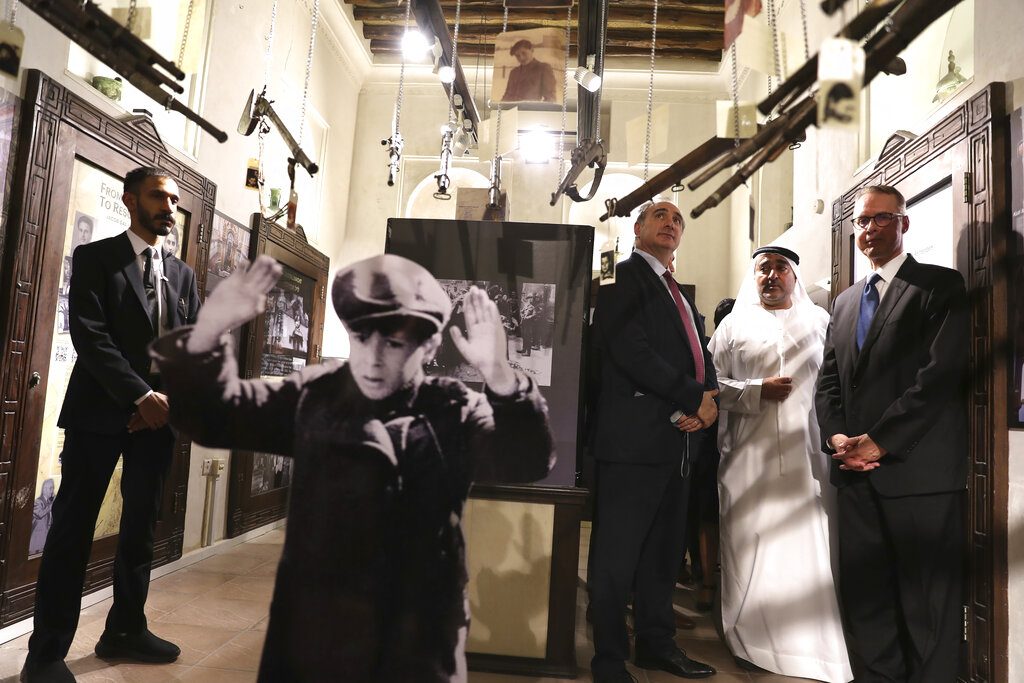 The first-ever Holocaust exhibit in a Middle Eastern country that is not Israel has opened in the Crossroads of Civilizations Museum in Dubai.

The “We Remember” exhibition, which opened to the public last month, features video testimony of Holocaust survivors, an abridged history of the events leading up to the Holocaust, art depicting child victims of the Holocaust, and honors Muslims who protected Jews.

Rabbi Elie Abadie, senior rabbi at the Jewish Council of the Emirates, told CNN that the exhibit will help shed light on Nazi-inspired violence against Jews that took place in the 1940s in Libya, Tunisia and Iraq.

“Although most people in the Middle East know the Holocaust took place, they do not speak or learn about it as much. Now, the region is opening up, and this exhibition gives tribute to what has happened and demonstrates the public recognition of history,” Abadie said.

The exhibit honors Mohamed Helmy, an Egyptian doctor who was studying in Berlin and managed to hide several Jews, even as he was arrested multiple times by the Nazis. He was the first Arab Muslim to be honored by Yad Vashem as a Righteous Among Nations for his heroism.

The exhibit also highlights the Albanian Muslim community, who took in Jewish refugees during the war. Albania was the only European country whose Jewish population rose during the war, said exhibit curator Yael Grafy.

“This is like a dictionary of the Holocaust,” said Grafy, who organized the exhibit as an educational experience for people who knew very little about the horrors. “You learn things you wanted to know about the Holocaust, but you never dared to ask, such as ‘What is a death camp?,’ ‘Did the Nazis plan to murder Jews from the beginning of the regime?,’ and ‘What does Final Solution mean?'”