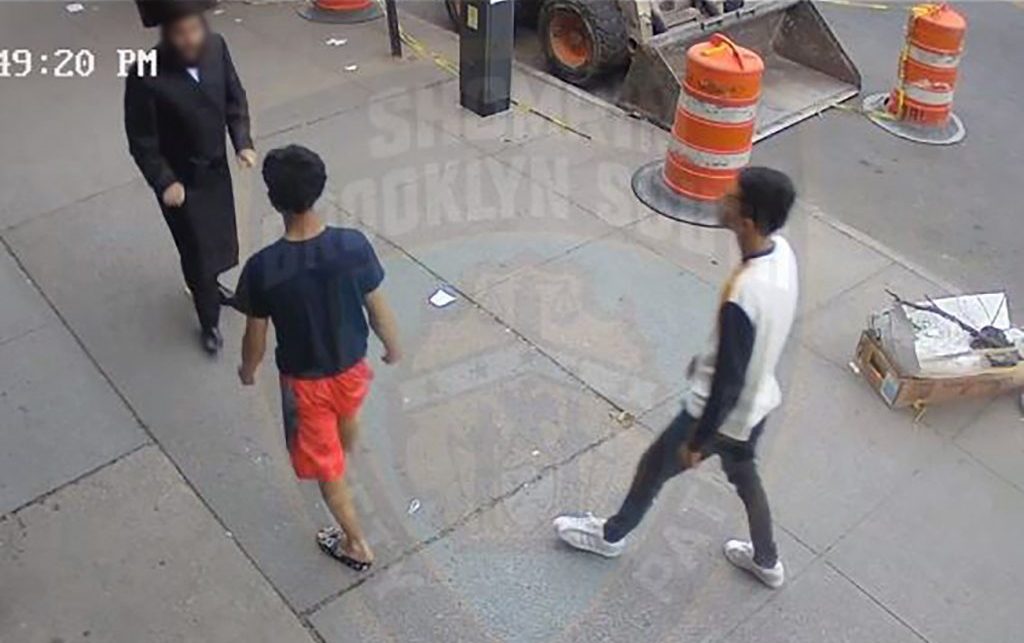 The three men accused of perpetrating two anti-Semitic incidents in Brooklyn last month have been indicted on all charges by a grand jury, multiple sources tell Hamodia.

Danial Shaukat, 20, Haider Anjam, 20, and Ashan Azad 19, all of Brooklyn, were indicted Monday on a total of more than 60 charges, including assault, menacing, attempted assault and aggravated harassment. Many of the counts were charged as hate crimes.

According to police and prosecutors, on Shabbos evening, May 22, the three men drove to 16th Avenue in Boro Park, where they began harassing and menacing Jews outside the Agudah shul on 49th Street.

They began shouting, “Free Palestine” and “Kill all the Jews,” and spat in the direction of one Jewish man. Anjam and Shaukat then exited the car, and approached two Jewish men, and made similar threatening statements. When Jewish adults and children ran inside the shul and locked the door, the perpetrators banged on the door. Before leaving the scene, Azad kicked and broke the mirror of a nearby parked car.

Fifteen minutes later, the three men allegedly drove to Ocean Parkway at 18th Avenue in Kensington, when Anjam and Shaukat exited the vehicle and approached two Jewish teens who were coming home from prayers. They demanding that the teens say, “Free Palestine,” and when the teens refused, and Anjam and Shaukat began punching them. Azad then exited the driver’s seat and joined in the assault. One victim was punched in the back of the head; the other was punched in the head, face and mouth, and placed in a chokehold.

As the victims fled, Anjam retrieved a cricket bat from the Camry’s trunk and chased them. They were rescued by a Muslim Lyft driver, who drove them away to safety.

These were the latest in a string of attacks and other hate crimes perpetrated by Muslims and supporters of Palestinians against Jews in New York, amid a war between Israel and Hamas last month.

The day after these incidents, the NYPD increased patrols in Jewish neighborhoods, and these hate crimes largely ceased.