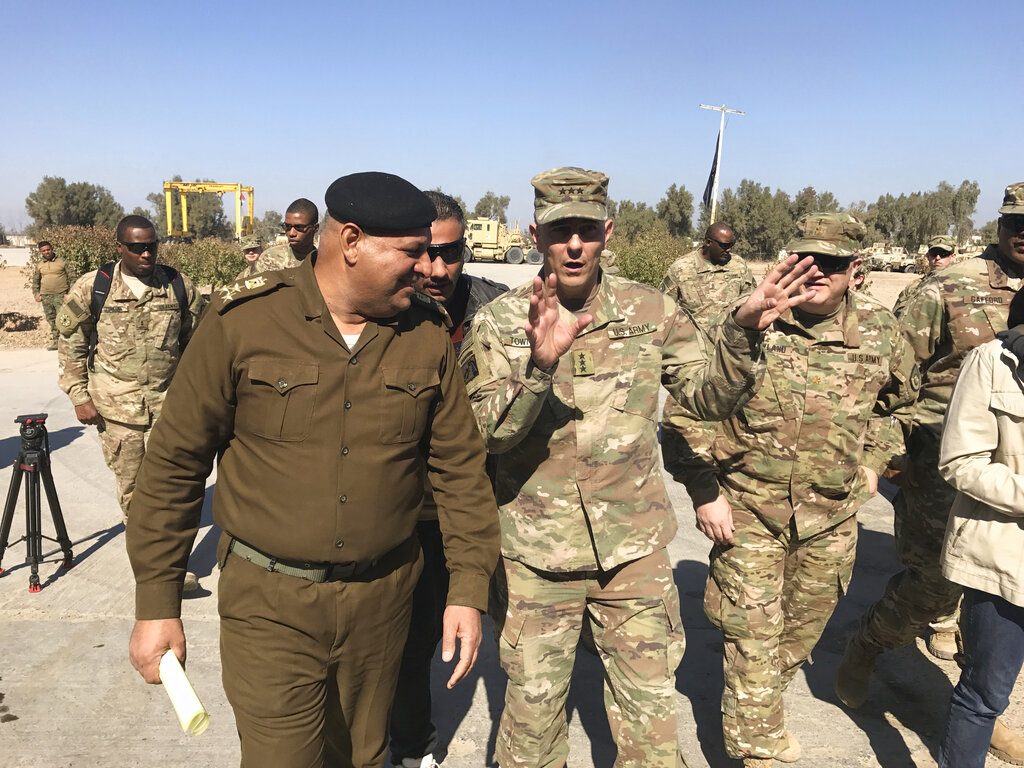 U.S. and Iraqi military leadership will meet to discuss a redeployment plan for their coalition forces, Al-Awsat reported.

The statement said that the U.S. reiterated its support for Iraq, and that the United States-led coalition forces are in Iraq at the request of the Iraqi government to assist in fighting ISIS.

The dialogue “will include specific mechanisms and timings to complete the redeployment of the combat forces of the international coalition outside of Iraq,” the statement said.

They agreed “on an action plan to implement the outcomes of the strategic dialogue between Iraq and the United States and that the plan will be implemented during the next session of talks that will be held in Baghdad or Washington in July or August of 2021,” the statement added.

The United States intends to eventually withdraw the majority of its military personnel from Iraq, and leave advisors, logistical support, intelligence, and air force experts.