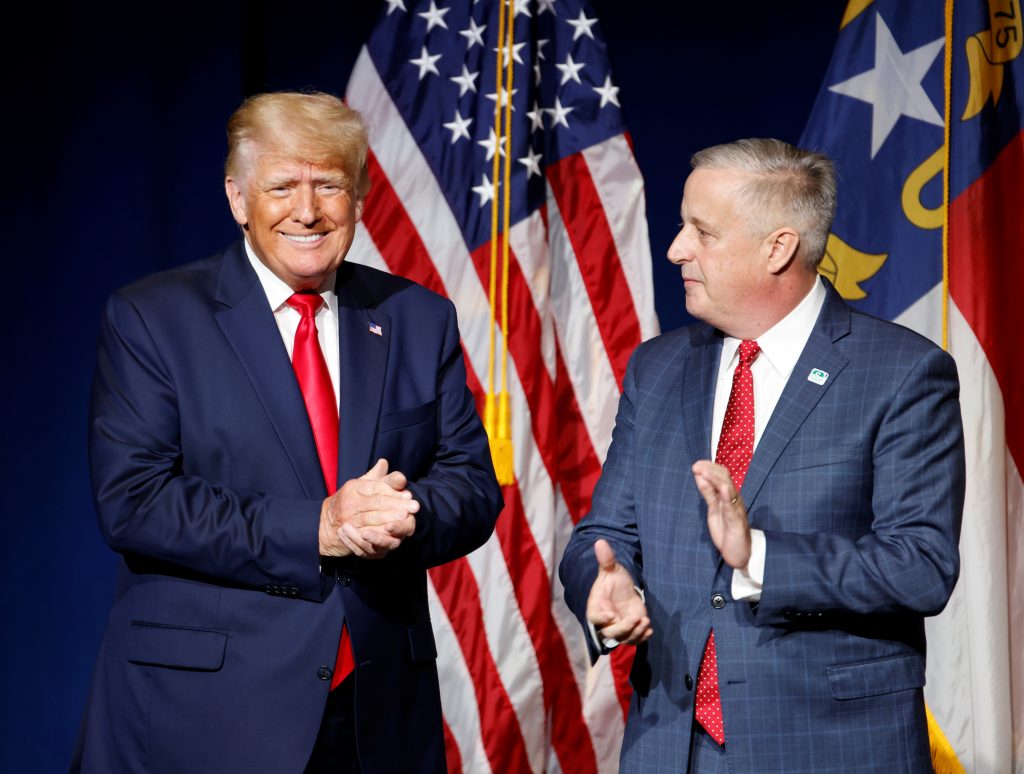 Former President Donald Trump on Saturday sharply attacked U.S. infectious disease expert Anthony Fauci over his handling of the coronavirus pandemic, demanded reparations from China and denounced an investigation into his finances in a speech in North Carolina.

Speaking in Greenville, North Carolina, at the state’s Republican Party convention, Trump joined a chorus of Republican politicians who are criticizing Fauci for asking Americans to wear masks to guard against the virus and who at times has been skeptical of a theory that the virus escaped from a laboratory in Wuhan, China.

Trump called Fauci “not a great doctor but a great promoter” for his frequent media appearances. “But he’s been wrong on almost every issue and he was wrong on Wuhan and the lab also,” Trump said.

The origin of the virus remains hotly contested and remains under study by U.S. intelligence agencies.

Trump’s own handling of the pandemic, in which nearly 600,000 people in the United States have died, was a factor in his loss to Democratic President Joe Biden in the November 2020 election.

Trump called on China to pay $10 trillion in reparations to the United States and the world for its own handling of the virus, and he said nations should cancel their debt to Beijing.

Trump’s appearance had all the hallmarks of his signature campaign rallies.

North Carolina Republican Party Chairman Michael Whatley introduced Trump as “our president,” a nod to the former president’s baseless claims that the 2020 election was stolen from him through voter fraud, which Trump called “the crime of the century.”

Trump said a criminal investigation launched by the New York attorney general’s office is “the ultimate fishing expedition,” and said it was the latest attempt by Democrats to bring him down after two impeachment sagas when he was president.

Trump vowed to help Republicans in 2022 congressional elections and endorsed Representative Ted Budd for a Senate seat in North Carolina after his daughter-in-law, Lara Trump, said she would not run.

He appeared to dangle a possible run himself for president in 2024, saying he was looking forward to that year. Advisers say Trump, who faces a potential indictment in New York over his business dealings, has been discussing the possibility of another presidential campaign.

Trump emerged from seclusion for the Saturday event, the first in a planned series of speaking engagements this summer.

“The survival of America depends upon our ability to elect Republicans at every level, starting with the midterms next year,” Trump said.

Lara Trump announced that she had considered running for the North Carolina Senate seat but opted not to do so in 2022 in order to care for her young children. But she did not rule out a run in the future.