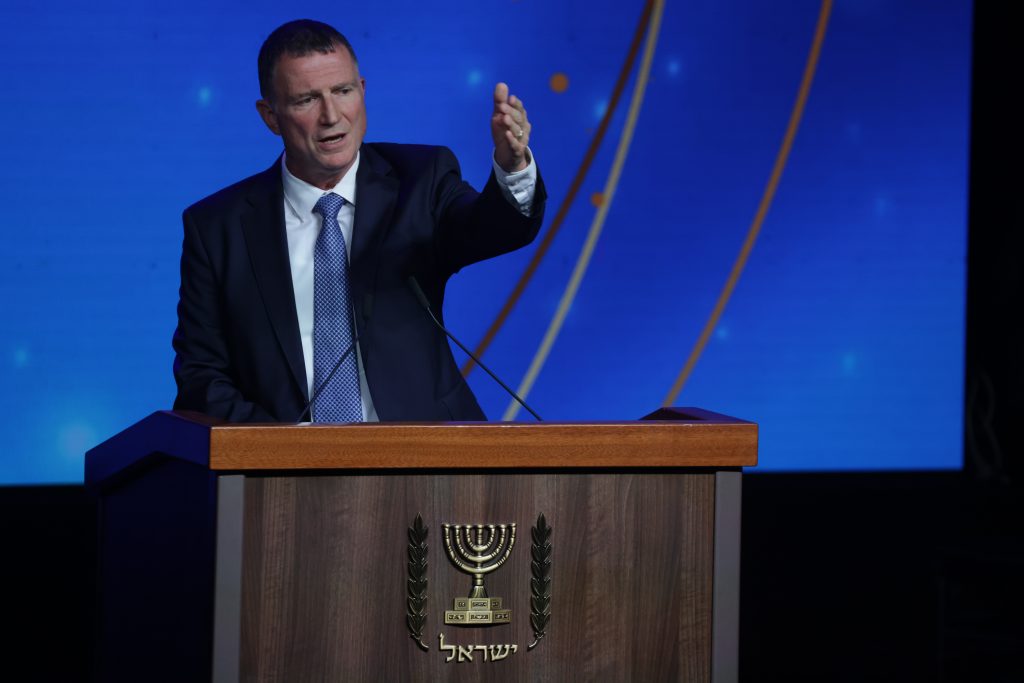 The Israeli health ministry said on Sunday that not a single new native case of covid was detected over the past twenty four hours, the first time that could be said since the outbreak over a year ago.

The ministry noted that four cases were recorded over Shabbos, but all of those originated abroad.

Health minister Yuli Edelstein said on Sunday, that providing the situation remains stable, all mask-wearing regulations can be cancelled in nine days, on June 15. As of now, masks are still required in indoor public places.

Meanwhile, Prime Minister Binyamin Netanyahu and Edelstein attended an appreciation ceremony at the Jerusalem Theater for health system personnel and partner agencies for their contribution to the fight against the coronavirus. Austrian Chancellor Sebastian Kurz and Pfizer Chairman and CEO Albert Bourla addressed the gathering by videoconference.

Netanyahu said that “Israel’s victory was achieved thanks to two basic elements: The millions of vaccines that we brought to the country and their rapid distribution to the citizens of Israel. This morning we also began vaccinating young people aged 12-16. This is huge news; it promises us herd immunity.”

Kurz said: “I would like to thank you, Bibi, for our good cooperation in the fight against the COVID-19 pandemic. It was you who first alerted me about the massive danger of the coronavirus at the beginning of last year. Following your warnings, we took hard measures very early in Austria last year, which helped us to get through the first wave quite effectively…

“With a view to the future waves, I would like to enhance the cooperation on research and development and vaccine production with Israel and Denmark.”

“As many life science companies in the world, Pfizer has collaborated with many governments around the world to fight this pandemic, but nowhere has this collaboration been more effective than in Israel.

“Israel has done the most amazing job in mobilizing their healthcare system and delivering the most successful vaccination campaign in the world.

“During my discussions with the Israeli government, Prime Minister Benjamin Netanyahu convinced me that Israel would be the ideal place to demonstrate to the world what a fast vaccination campaign can achieve.

“But what Israel was able to eventually achieve exceeded all my expectations. To date, 57% of the Israeli population has been fully vaccinated. And recently published real-world data from Israel suggests that in its first 120 days, the country’s vaccination program with our vaccine prevented approximately 159,000 infections, 25,000 hospitalizations and 5,500 deaths,” Bourla said.