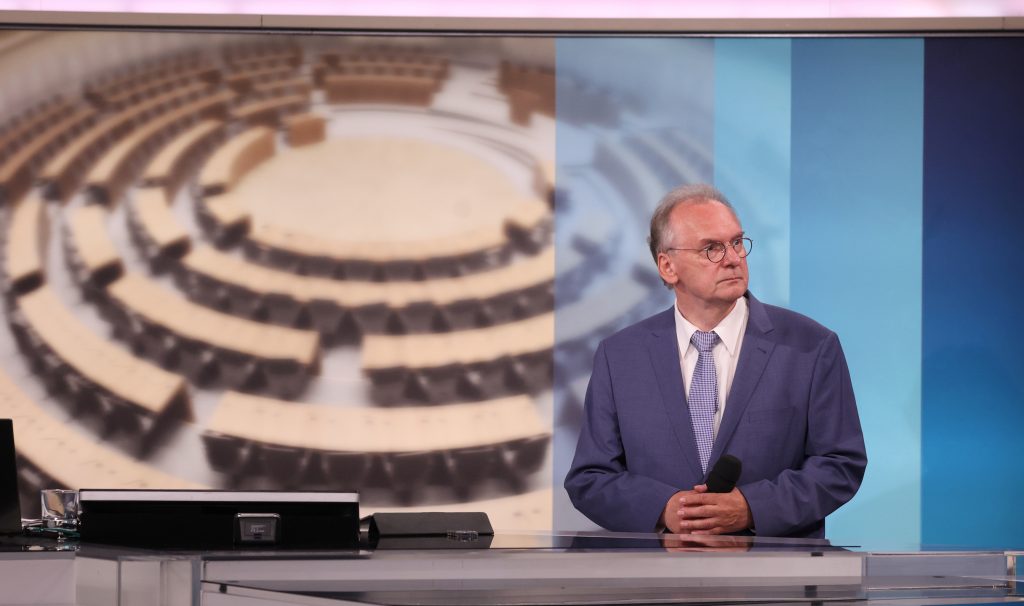 Chancellor Angela Merkel’s conservatives looked set for a resounding victory in a state election in eastern Germany on Sunday, in a boost to Armin Laschet, who hopes to succeed her in September’s national election.

An exit poll for public broadcaster MDR had the Christian Democrats (CDU) on 36%, up more than 6 points on five years ago, and far ahead of the far-right Alternative for Germany (AfD), who were on 22.5%, slightly down on the previous election.

Laschet, long-serving premier of the western state of North Rhine-Westphalia, was seen as having made an uncertain start to his election campaign and had been facing calls to chart a more right-wing course to win back voters disenchanted by Merkel’s 16 years of centrism.

Casting his vote, state premier Reiner Haseloff had presented himself as the candidate of the center around whom those opposed to extremism could rally.

“This will give us a boost for Berlin,” national conservative caucus leader Ralph Brinkhaus said. “It is a victory for Armin Laschet.”

The results were disappointing for most other parties, with the Greens, who are running a close second to the conservatives nationally, only in the single digits in the regional election.

“Sure, we’d like to have done better,” said their candidate for chancellor Annalena Baerbock.

Haseloff said he had done all he could to persuade voters in the relatively poor region not to turn to the far right.

“I’ve done everything necessary and possible to persuade people that we need stability and a democratic center,” he told reporters in his home town of Wittenberg.

Merkel, in power since 2005, is stepping down after the federal election, and senior CDU officials concede that it will be tough to retain their party’s appeal to voters after 16 years in charge.