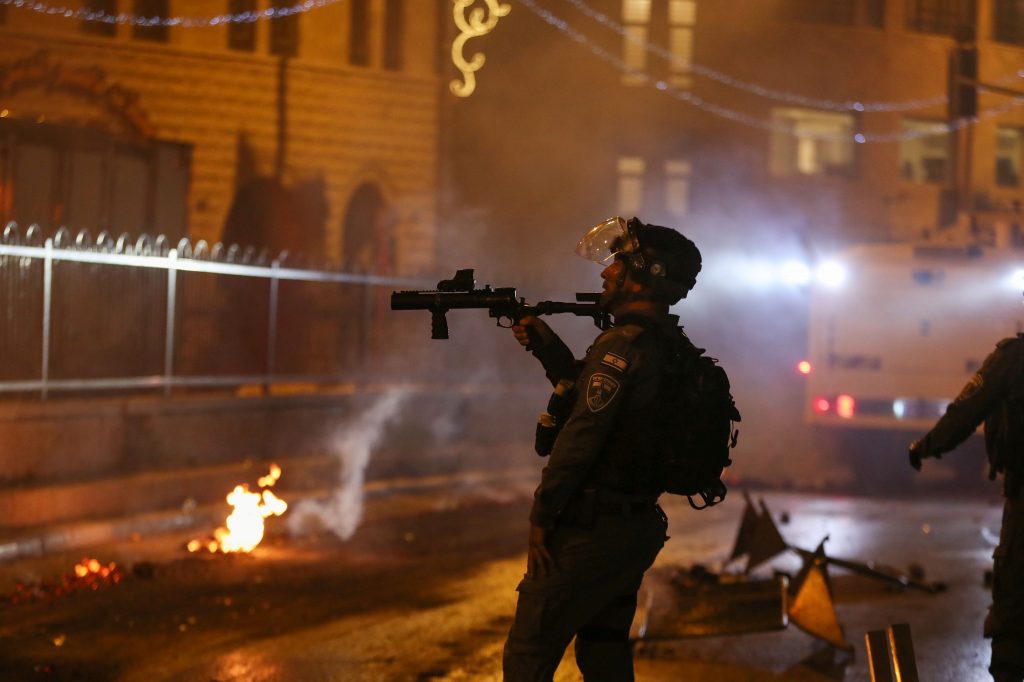 Defense Minister Benny Gantz demanded late on Motzoei Shabbos the cancellation of the postponed Yerushalayim Day March of the Flags parade, which was rescheduled to take place this coming Wednesday, after police canceled the march mid-event in May when Hamas fired a barrage of rockets toward the city.

An official said that police would make the final call on whether the march — set to also pass through the Old City’s Muslim Quarter — would be held, stating that Israel has returned to routine, with no current restrictions and Jews are visiting the Har HaBayis (in violation of the halachic ruling of all leading Poskim).

Security officials, on the other hand, warned that the march could serve as a “prize” to Hamas and allow it to be used as justification for a renewed conflict with Israel after the latest round of fighting last month was halted following an Egyptian-brokered ceasefire. Officials also warned that the event and the rising of the tensions in the capital could hamper any further efforts for a much more comprehensive calm with Palestinian terror groups in the Gaza Strip.

In a statement following the meeting, the defense minister stressed to all officials present the need for responsible, sensitive behavior. Notably absent from the meeting was Public Security Minister Amir Ohana of the Likud, whose office oversees police.

Gantz added that he was concerned for the delicate coalition negotiations that are ongoing.

Police officials were set on Sunday to hold a meeting during which it will be decided whether to allow the event or not.

Meanwhile, U.S. officials have implored Israel to refrain from any actions that could stir up tensions in Yerushalayim, urging to let mediation efforts between Israel and Hamas reach a breakthrough. These messages were also conveyed to Gantz during his trip to Washington last week, where he met with U.S. President Joe Biden’s top security officials.