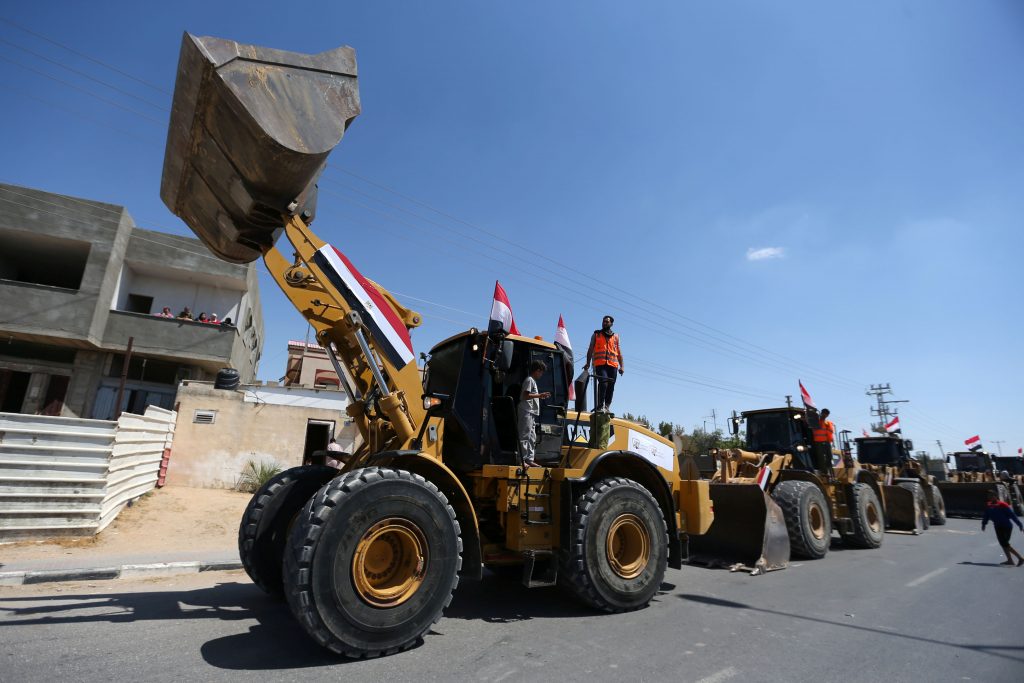 Egypt has sent a convoy of engineers and building equipment to Gaza to begin reconstruction in the Palestinian enclave after the recent Israeli-Palestinian conflict, Egyptian state media reported.

Dozens of bulldozers, cranes and trucks flying Egyptian flags lined up along the border to begin crossing into the Gaza Strip, news pictures showed.

Palestinians lined the street on the Gaza side of the Rafah crossing to welcome the convoy as it rumbled into the small coastal enclave. A Palestinian border official said 50 vehicles had crossed.

“We rushed with all our money, equipment, and what we owned to join the Palestinians in the rebuilding. Every Muslim and every Egyptian wishes to take part in [the reconstruction],” Egyptian truck driver Mahmoud Ismail told Reuters in Gaza.

Egypt played a major role in brokering a ceasefire between both sides and has said it would allocate $500 million to fund the rebuilding of devastated areas in Gaza.

Egypt in February opened the Rafah crossing until further notice after Palestinian factions moved towards reconciliation following talks in Cairo.

It had previously been opening the crossing for only a few days at a time to allow stranded travelers to pass.