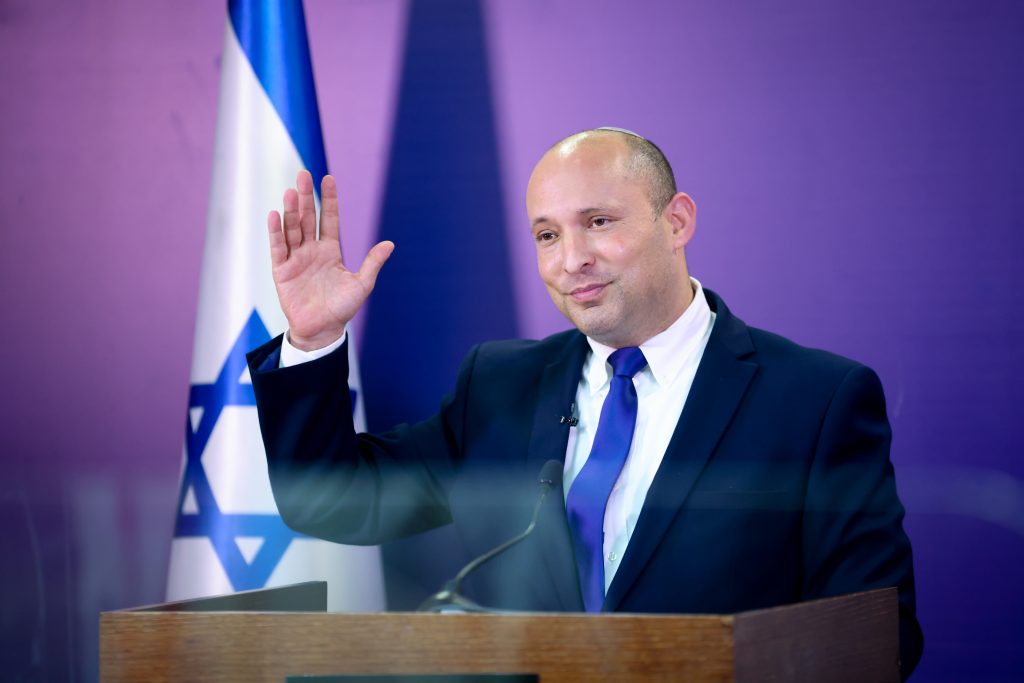 In a public address from the Knesset on Sunday evening, prime minister-designate Yamina leader Naftali Bennett appealed to Prime Minister Binyamin Netanyahu‏‏ to allow for the political process to take its course.

Several hours after all the members of the coalition led by himself and Yesh Atid chairman Yair Lapid met for the first time since announcing their new government, he addressed Netanyahu, who has been urging last-minute efforts to stop the changeover, saying:

Responding to Netanyahu’s warnings that the new government will endanger Israel’s security, Bennett said: “It will not be a catastrophe, not a disaster, but an ordinary and understandable event.”

Referring to Netanyahu’s attempt to hang on to power after twelve years in the premiership: “The regime in Israel is not a monarchy,” he said, promising that “the new government will stand the test. There is a good spirit and a desire to get to work as soon as possible.”

He asked the Knesset speaker Yariv Levin to schedule the swearing-in of the new government for Wednesday.