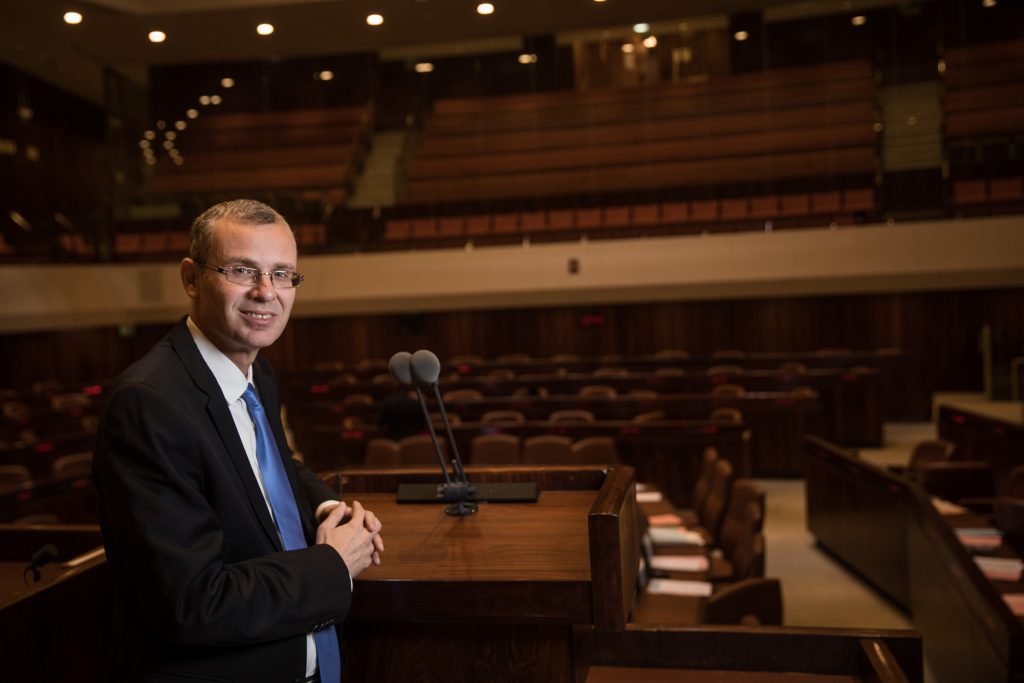 Knesset Speaker Yariv Levin has confirmed that he will announce on Monday to the plenum that Yesh Atid leader MK Yair Lapid has managed to form a coalition, a technical step that must be met before the Knesset can approve the new government.

Levin’s announcement on Friday afternoon came after concerns were raised that he may try to delay the move.

Earlier Friday, Levin told Lapid to submit all the agreements he has signed with the parties that will be partners in his coalition. The agreements were reached by Wednesday, but they have not yet been finalized and publicized.

“It cannot be that coalition agreements will be hidden from the Knesset and the public,” Levin said.

Yesh Atid and Yamina issued a joint statement saying that the coalition agreements will be submitted and will be transparent. They called on Levin to convene the Knesset plenum and “enable the formation of a functioning unity government that will extricate us from the chaos.”

Yamina leader Naftali Bennett convened his faction at his home in Ra’anana on Friday and after the meeting, MK Abir Kara told reporters that no other defectors would follow in the footsteps of MK Amichai Chikli, who walked out of the party last month.

“If we are united, it means the process will run smoothly,” Bennett told the faction. “I do not apologize for this step, and I will stand at the forefront and explain it.”

Bennett will convene his faction again on Sunday and MK Nir Orbach is expected to announce at the meeting whether he will vote for the new government or quit the Knesset and be replaced by the next candidate on the Yamina list, deaf activist Shirley Pinto, who is known to back the new coalition.

Sources close to Bennett who spoke to Orbach on Friday expressed confidence that he will not vote against the government and prevent a majority from being reached to enable its formation. MK Idit Silman, who was also considering voting against the new government, said she will vote in line with her party.

“I will be voting in favor of a unity government, and that is final,” she said.