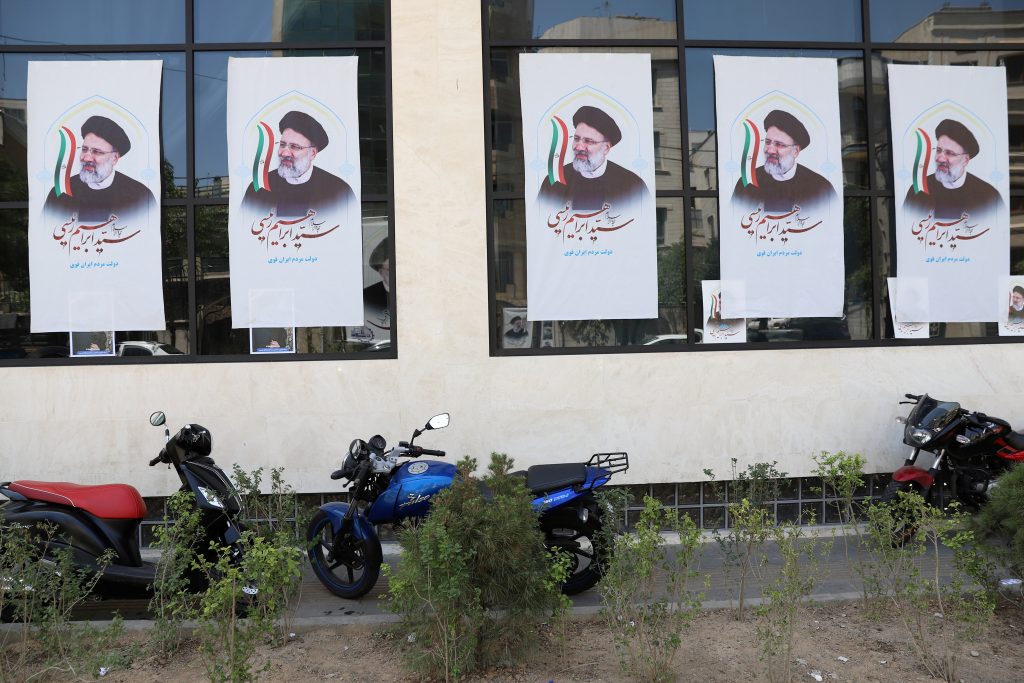 Candidates in Iran‘s presidential election this month traded strong barbs in a debate on Saturday, accusing each other of treason or of lacking the education to run an economy devastated by three years of U.S. sanctions.

In the first of three debates ahead of the June 18 vote, former Revolutionary Guards chief Mohsen Rezaee accused Hemmati of “fully complying” with U.S. sanctions and said he should face treason charges.

“If I become president, I will ban Hemmati and a number of other officials of the Rouhani government from leaving the country, and I will prove in court which treacherous roles they played,” Rezaee, an economics doctorate holder, said in the three-hour debate.

After Rezaee’s remarks, Hemmati half-jokingly asked leading hardline candidate and judiciary chief Ebrahim Raisi, “Mr. Raisi, can you give me assurances that no legal action will be taken against me after this event?”

With the hardline-led election watchdog, the Guardian Council, barring leading moderate and conservative candidates, the turnout is likely to be record low in a seven-man race between hardline and somewhat less hardline candidates, and two low-profile moderates.

“I watched the debate and now I am even more certain not to vote. This election is a joke,” said retired teacher Fariba Semsari by phone from the northern city of Rasht.

But a Tehran-based journalist, who asked not to be named, said, “Hemmati has drawn support among some who would have otherwise not voted.”

Hemmati accused hardliners of isolating Iran internationally and ruining its economy, large sectors of which are dominated by hardline-run conglomerates.

“You have closed off our economy and our foreign contacts… I ask you and your friends, companies and institutions to please pull out of our economy, and then Iran‘s economy will surely improve,” said Hemmati, an economics professor.

Mohsen Mehralizadeh, a moderate politician, said the economy could not be run by those with only traditional clerical studies, such as Raisi.

“You have only six years of classic education, and while respecting your seminary studies, I must say that one cannot manage the economy and draw up plans for the country with this much education,” said Mehralizadeh, who holds a doctorate in financial management.

Raisi blasted Rouhani’s government over galloping inflation and the rapid fall in the value of Iran‘s currency, and rejected comments by Hemmati and other moderates who blame U.S. sanctions for Iran‘s economic troubles and say without proper management the country would have been worse off.

“This is like a goalkeeper who lets in 17 goals… and then says without me it would have been 30 goals!” said Raisi, who holds a doctorate in Islamic law.

After the debate, Cabinet spokesman Ali Rabiei asked state media to provide an opportunity for the government to respond to “accusations and slanders” raised against it by some candidates.

The election is likely to reinforce the authority of Supreme Leader Ayatollah Ali Khamenei, who is close to hardliners, at a time when Tehran and six world powers are trying to revive their 2015 nuclear deal. Washington exited the accord three years ago and re-imposed sanctions.