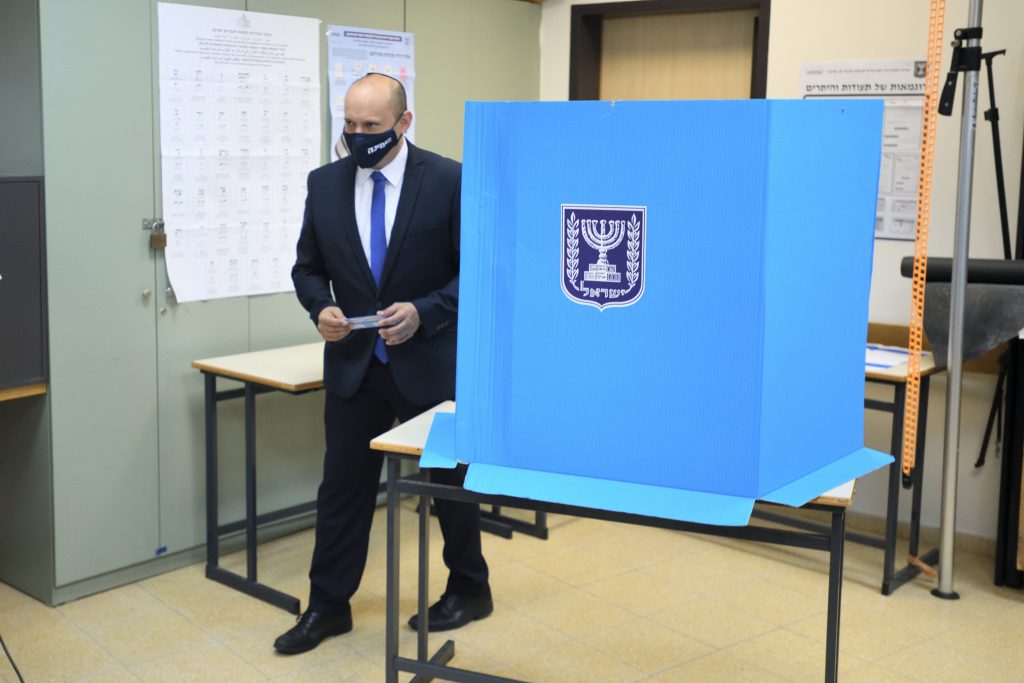 According to a Direct Polls survey conducted for Makor Rishon on Thursday among individuals who say they voted Yamina in the recent Knesset elections, 52% say designated prime minister Naftali Bennett violated their trust, but 46% believe that “he made every effort to form a right-wing government.”

When asked if today, having seen the new government Bennett will be leading for two years, they would change their vote, 52% of the respondents said, Yes, 43.6% No, and 4.2% were undecided.

The survey used a digital system combined with a panel and included 518 respondents who said they voted for Yamina in the March elections.

At the same time, an overwhelming majority, 59.1%, said it was improper to rely on an Arab party in forming a coalition government. Only 29.9% were ready to live with it, 11% were undecided.

A majority of respondents, 52.7%, said Bennett betrayed the trust of his voters, broke his pre-election promises, and should not have signed the deal with Yair Lapid. 46.1% of the respondents said that Bennett had made every effort to establish a right-wing government. Therefore, in their opinion, the Lapid deal is the best alternative under the current circumstances.

Only 35% of respondents said they would vote for Bennett again, 12% were undecided, and the rest said they had already moved to other right-wing parties.