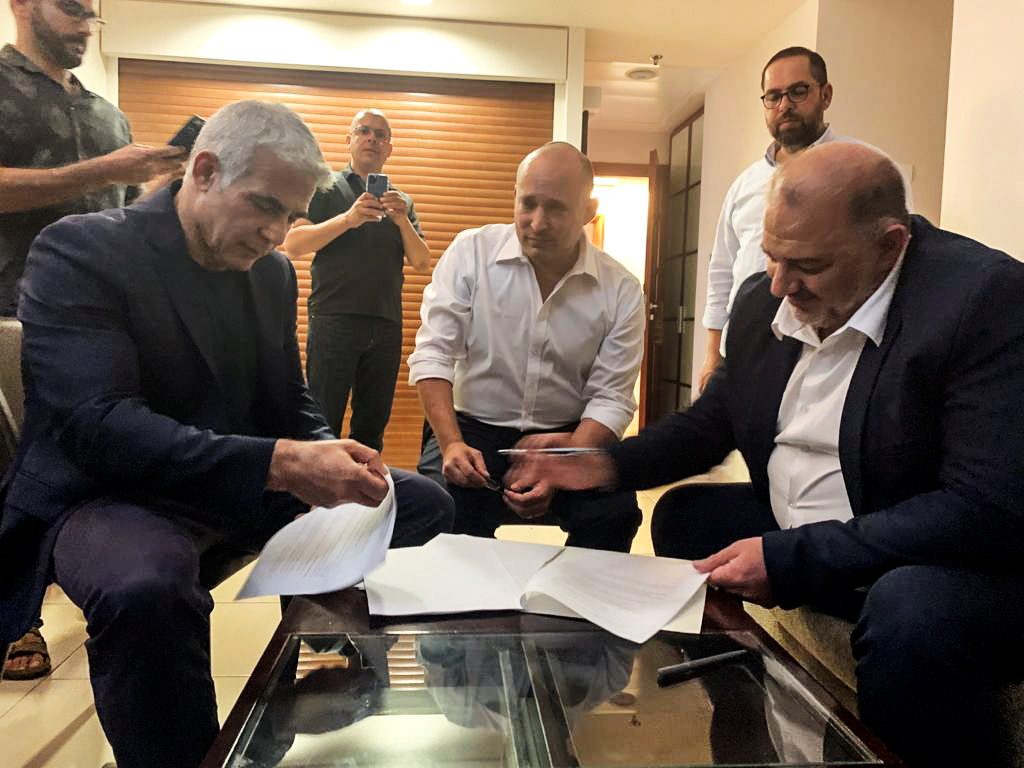 Not only the right-wingers have complaints on the government, it seems that the Arabs aren’t thrilled about it either.

The decision by Islamist Ra’am Party leader MK Mansour Abbas to sign onto a coalition government put together by Yesh Atid leader Yair Lapid and Yamina’s Naftali Bennett has caused anger in the Gaza Strip.

Palestinians in Gaza have accused Abbas of being an “opportunistic” Muslim Brotherhood Islamist.

“As one of the Brotherhood, when the opportunity arises, he seeks his own interests only,” said Gaza resident Ounallah Abusafia, 67, to the Media Line.

“During the escalation on the Gaza Strip, [Abbas] stayed away from [Prime Minister Binyamin] Netanyahu out of fear of the harsh criticism and now he’s with Naftali Bennett. He claims to care and work for the good of the [Israeli Arabs] while the truth is he only cares about himself,” Abusafia said.

“He wants to get in the new government to get as many personal gains as he can, and to create an alternative leadership of the [Israeli Arabs], other than the currently existing one.”

Formed ahead of the 2015 elections, the Joint List led by Aymen Odeh was made up of four of Israel’s Arab-majority parties – Hadash, Ta’al, Balad and Ra’am – and became the government’s third-largest faction.

According to Lafi, Abbas thinks that he can coexist with the “Zionist Israeli project” by engaging in its political arena.

“I believe this is an elusive goal given the current Israeli attitude,” Lafi says.

“For example, Ayelet Shaked, Bennett’s deputy, has totally rejected any kind of Abbas’s influence in the Interior Ministry because she considers it an interference in Israeli features of the state built only for Jews, where no Palestinians or Arab can have any influence.”

Palestinians do not expect there to be any fundamental difference in their situation under the new unity government, which comprises a coalition of parties from the center, right and left, including Yesh Atid, Blue and White, Labor, Yamina, Yisrael Beytenu, Meretz, New Hope and Ra’am.

Lafi claims that “the leaked political program of [Bennett’s] government shows a focus on the internal economic and social issues only. Nothing is addressing the core Palestinian issues.”

This, he said, “absolutely reflects negatively on the Palestinian political future.”