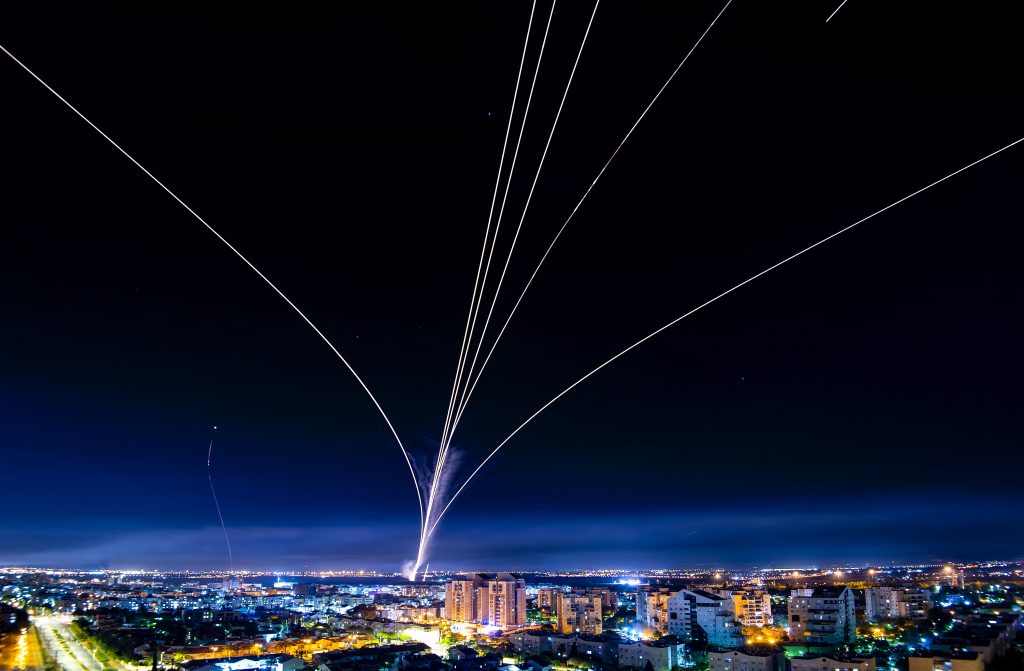 A Biden administration official said that the U.S. government supports restocking Israel’s Iron Dome antimissile system after it was depleted by last month’s conflict against the Hamas terror group in Gaza.

Dozens of House members from both parties have said they would push Congress to appropriate funds to replenish the system should Israel make the request. Defense Minister, Benny Gantz, was in Washington on Thursday reportedly seeking $1 billion for the Iron Dome.

In addition to Iron Dome funding, the acting assistant secretary of state for Near Eastern affairs, Joey Hood, said on Wednesday that the Biden administration also would seek “equality” for the Palestinians. President Joe Biden separately told Gantz on Thursday that the United States expects Israel to ease the entry of humanitarian aid into Gaza.

“During the conflict, we saw the Iron Dome system, which our nations developed together, save the lives of countless civilians,” Hood said Wednesday at an online forum organized by the Israel Policy Forum, a pro-Israel group. “The president is clear about this administration’s support for replenishing the system for Israel’s ability to defend itself in the future.”

Hood’s statement came a day before the one-day visit by Gantz, who was meeting with his U.S. counterpart, Lloyd Austin, along with Secretary of State Antony Blinken and National Security Adviser Jake Sullivan. Axios reported this week on the $1 billion request by Gantz.

Rep. Josh Gottheimer, D-N.J., who is Jewish, spearheaded a letter to Austin urging him to fulfill any such request.

“We ask that you continue urgently engaging with Israel on this request, and that you please report to Congress regarding Israel’s needs as soon as possible,” said the letter, which was signed by 55 House members of both parties.

It noted that in 2014 after an Israel-Hamas war, Congress appropriated funds to replenish Iron Dome, and said it was ready to do so again.

“Please work closely with Congress to expeditiously fulfill this request,” the letter said.

Hamas fired nearly 4,500 rockets into Israel during the conflict last month, with about 1,500 heading for built-up areas. Iron Dome intercepted more than 90% of the rockets headed for those areas.

Sullivan said in a statement after meeting with Gantz that he had “highlighted the importance of ensuring that immediate humanitarian aid is able to reach the people of Gaza.”

“The Biden administration is determined to restore aid to the Palestinians that President Donald Trump had all but cut to zero,” he said.

Hood also called on Israel and the Palestinian Authority to avoid provocations, among them settlement building and paying compensation to families of terrorists.

“We believe it’s critical for Israelis and Palestinians to refrain from steps that exacerbate tensions and undercut efforts to advance a negotiated two-state solution such as annexation of territory, settlement activity, demolitions, incitement to violence and providing compensation for individuals imprisoned for acts of terrorism,” he said.