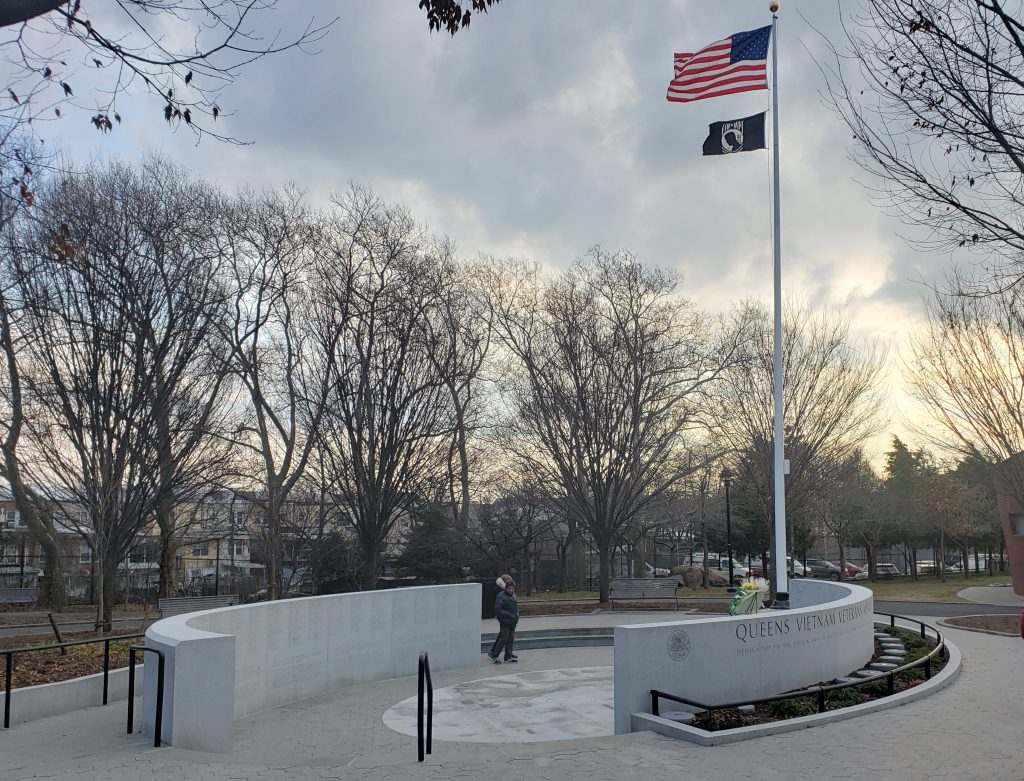 Police are investigating after the Vietnam Veterans Memorial in Elmhurst, Queens was vandalized with swastikas and hateful graffiti on Wednesday.

The vandalism, which authorities believe was an attempt to deface the names of the 371 fallen soldiers memorialized in Elmhurst Park, was discovered around 12:45 am, Pix11 reported.

Someone had spray-painted swastikas and hateful messages, which were cleaned up later that day by Park Department workers.

Queens District Attorney Melinda Katz condemned the graffiti, saying it is “as abhorrent as it is criminal.” She said her office was working with the NYPD to find and charge the perpetrators.

Queens City Councilman Robert Holden tweeted that he was “deeply disgusted by this cowardly act of vandalism,” and offered a $1,000 reward for information that could lead to the arrests of those responsible.

Governor Andrew Cuomo said he was “disgusted” by the vandalism. In a statement, Cuomo said, “The memorial’s desecration with graffiti and hateful symbols, coming just two days after Memorial Day, isn’t just offensive to the memories of those soldiers and their loved ones — it’s antithetical to the moral fiber of our state and our country, and its an insult to all those who stepped up in service of it.”