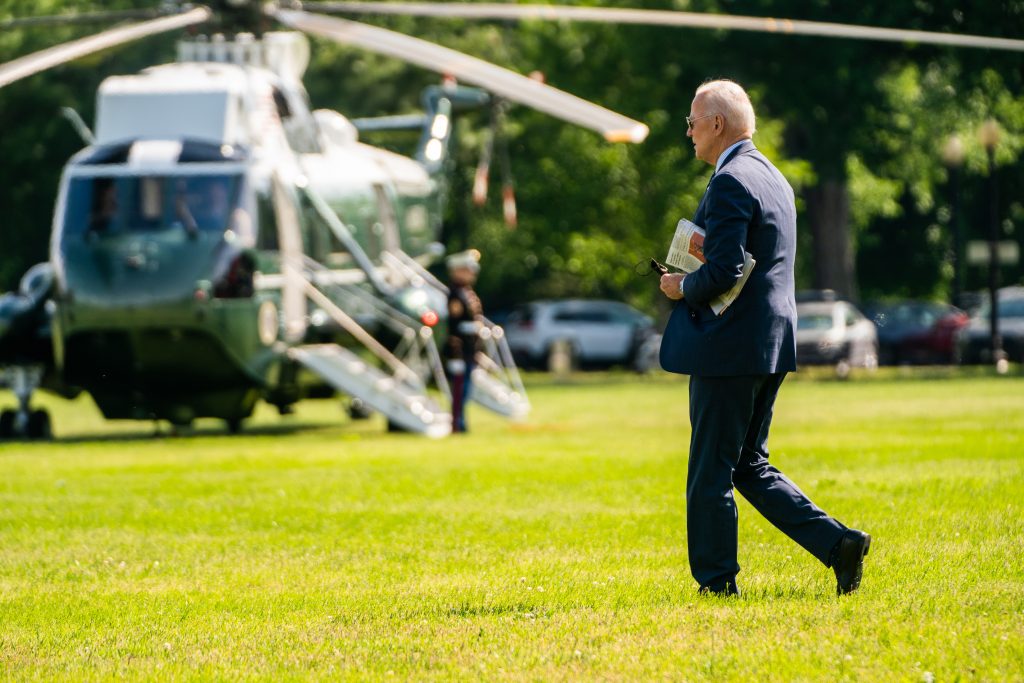 President Joe Biden signaled at a private meeting on Wednesday that he would support significant revisions to his tax proposal to win Republican backing on a broader infrastructure package, outlining a plan for about $1 trillion in new spending financed through tax changes that do not appear to raise the top corporate rate.

Biden’s new offer amounted to a major concession after Republicans said his earlier proposal to lift the corporate tax rate from 21 percent to 28 percent – a move that would unwind the tax cuts the GOP adopted in 2017 – amounted to a nonstarter.

Instead, Biden on Wednesday recommended a new, minimum corporate tax of 15%, seeking to take aim at dozens of profitable U.S. corporations that pay little to nothing to the federal government annually, according to a person familiar with the talks who requested anonymity to describe them. The White House also proposed stepping up enforcement on corporations and wealthy earners who rely on loopholes to lessen their tax burdens, the person said.

The offer marked an attempt by the White House to thread a delicate political needle. It aimed to preserve the president’s 2020 campaign pledge not to raise taxes on Americans making under $400,000 a year, while steering clear of the “red line” set down by Republicans who see the 2017 tax cuts as their crowning economic achievement.

Biden long has decried the fact that some of the country’s most profitable enterprises pay nothing in taxes. He stressed during his first-ever address to Congress last month that it is time to close “tax loopholes,” urging lawmakers to “reform corporate taxes so they pay their fair share and help pay for the public investments their businesses will benefit from as well.”

Biden presented his new proposal, a revision of his total $2.2 trillion American Jobs Plan, during a meeting Wednesday with the GOP’s chief negotiator on infrastructure, Sen. Shelley Moore Capito, R-W.Va. But the source maintained that Biden has not strayed in his overall belief in raising rates on both corporations and wealthy individual earners.

Even with the new concession on taxes, the White House’s roughly $1 trillion plan still amounts to four times as much as Republicans have been willing to spend to improve the country’s roads, bridges, pipes, ports and Internet connections. Entering the meeting, GOP leaders had endorsed roughly $257 billion in new spending, while maintaining an unwavering opposition to any tax hikes to finance infrastructure reform.

Instead, GOP leaders have called on the White House to repurpose unspent coronavirus relief aid now that the pandemic is improving. The White House has expressed only a limited appetite for reprogramming existing stimulus dollars, perhaps around $70 to 75 billion, the source said.

Both sides are set to meet again Friday, though Republican leaders are still deciding whether to put forward another counter-offer or to walk away from the negotiations entirely, according to a second source familiar with the talks.

The latest exchange comes as top White House officials have started to signal that time is running out on striking a bipartisan deal. Biden has labored to secure Republican support on infrastructure after advancing his last economic policy priority, a $1.9 trillion coronavirus relief package, without GOP votes – though he has made clear that he is not willing to haggle indefinitely.

“Patience is not unending, and he wants to make progress. His only line in the sand is inaction,” White House press secretary Jen Psaki said Wednesday. “He wants to sign a bill into law this summer.”

Much as before, Biden could try to muscle infrastructure reform through Congress using only Democratic votes. But that path could be fraught with its own political challenges, given the wide array of opinions within the president’s own party over what infrastructure reform should entail, and how to pay for it.

Some moderates, including Sen. Joe Manchin III (D-W.Va.), also do not yet appear willing to abandon talks. Without their full support, Democrats would have no ability to advance infrastructure reform on their own in the Senate using a tactic known as reconciliation, which would require all 50 Democrats to vote in lockstep.