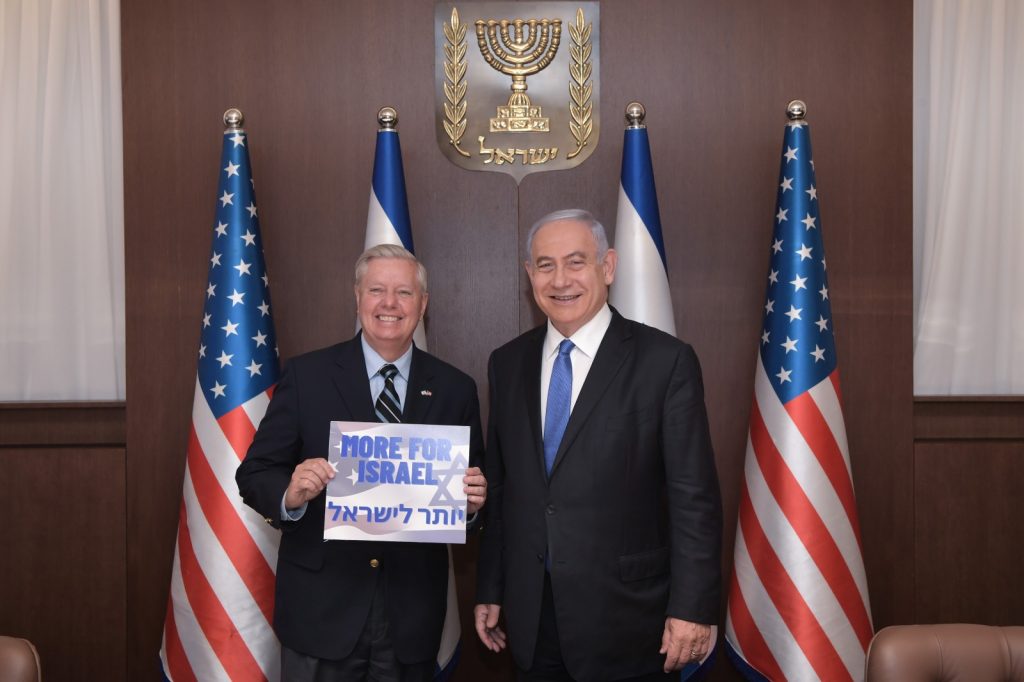 A senior U.S. senator said on Tuesday he expected Washington would quickly authorize as much as $1 billion for Israel to replenish its Iron Dome missile defense system after clashes in May with Hamas.

“There will be a $1 billion request coming to the Pentagon this week from the [Israeli] defense minister to replenish the Iron Dome and a few other things, to upgrade the system,” Senator Lindsey Graham told reporters in Yerushalayim.

A senior Republican on the Senate Appropriations Committee, Graham met with both Prime Minister Binyamin Netanyahu and Defense Minister Benny Gantz during a trip to Israel. The committee oversees spending including foreign military aid.

Graham said the Iron Dome had saved thousands of lives during last month’s rocket attacks, and predicted Israel‘s request would find favor with both President Joe Biden and Congress, which is narrowly controlled by Biden’s Democrats.

“There’s been a big dustup over the last engagement between Hamas and the State of Israel in the United States, but I’m here to tell you that there’s a wide and deep support for Israel among the Democratic Party,” Graham said.

Biden has said he would replenish the Iron Dome, which helped Israel fend off most of the more than 4,300 rockets fired from Gaza during the conflict.

Israel and Hamas began a ceasefire on May 21 after 11 days of the fiercest Israeli-Palestinian hostilities in years, with nearly 250 people dead, all but 13 of them Palestinians.

Israel‘s fierce response drew criticism from some Democrats, but Israel generally enjoys strong support in Washington from both parties. Congress routinely approves large sums on military funding for a country seen as a solid U.S. partner in an unstable region.

Israel‘s Defense Ministry said Gantz would meet with Defense Secretary Lloyd Austin and U.S. national security adviser Jake Sullivan on Thursday in Washington for a discussion on issues including Iran and military aid.