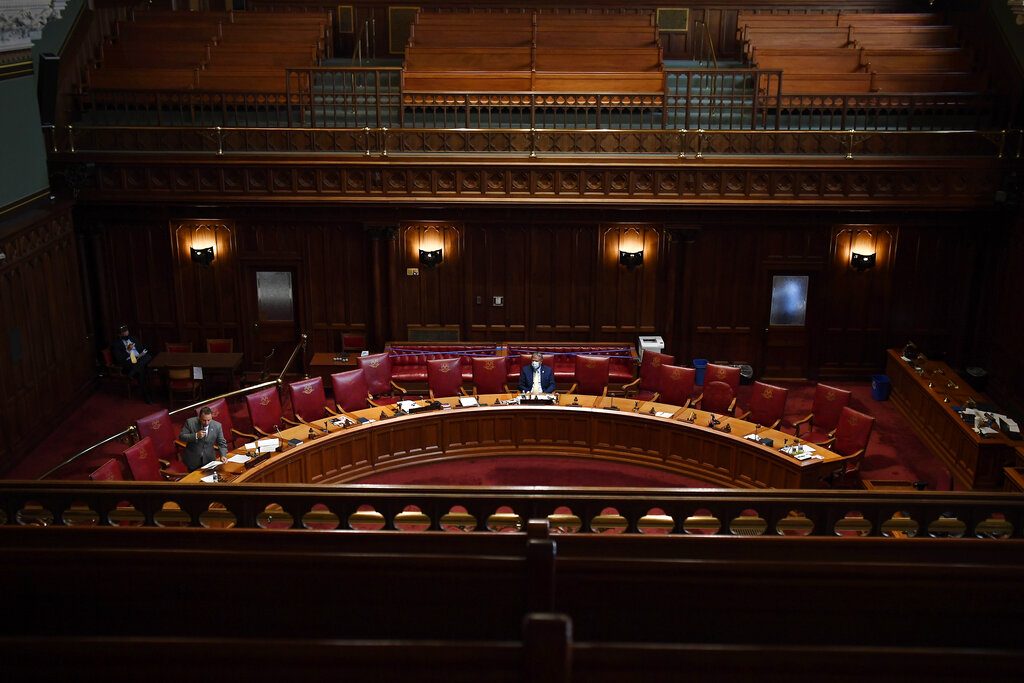 The bullet holes were found at approximately 9:15 a.m. on the south side of the Capitol building facing the State Supreme Court and State Library building, according to the State Capitol Police. No one was injured.

The discovery comes after a 74-year-old Plantsville man was arrested after a police chase and accused of going on a shooting spree Sunday evening, firing gunshots at various locations in Southington, including homes, a church and a health care facility. Police were also looking into a possible connection to reports of gunshots also fired in Bristol and Cromwell, which is about a 20-minute drive from Hartford. There were no reported injuries.

Asked if police were investigating a possible link between the man and the bullet holes at the state Capitol, Brian Foley, the assistant to the commissioner of the Connecticut Department of Emergency Services and Public Protection, said “absolutely that’s something we’re looking into.”

Foley said, “it’s too early to confirm that but we have not ruled anything out.”

State legislators arrived on Tuesday for a session of the House of Representatives to find a large police presence outside the Capitol, a gold-domed Victorian Gothic building that was built between 1872 and 1878.

“I know they’re still looking at it right now, but there is some concern that somebody really fired a bullet through the window. And maybe it will turn out to not be that, but that’s what we’ve heard,” said House Speaker Matt Ritter, a Democrat from Hartford. “That is their best guess right now, is that sometime late last night that it happened.”

The Connecticut State Police, including its Major Crimes detectives, and Hartford police were assisting the State Capitol police in the investigation. Foley said police are reviewing video and Hartford’s gunshot detection system known as ShotSpotter to determine exactly when and where the shots came from. Also, he said the state police intelligence center is looking at any issues at other state Capitols that may be pertinent.

“We don’t believe anyone’s in danger now,” he said, noting it probably happened overnight during the holiday weekend. “No indications of any previous threats or ongoing threats that would be consistent with that.”

The building remains closed to the public because of continuing COVID-19 protocols. Only lawmakers, staff and media are allowed inside.

The General Assembly is scheduled to adjourn its regular session on June 9.