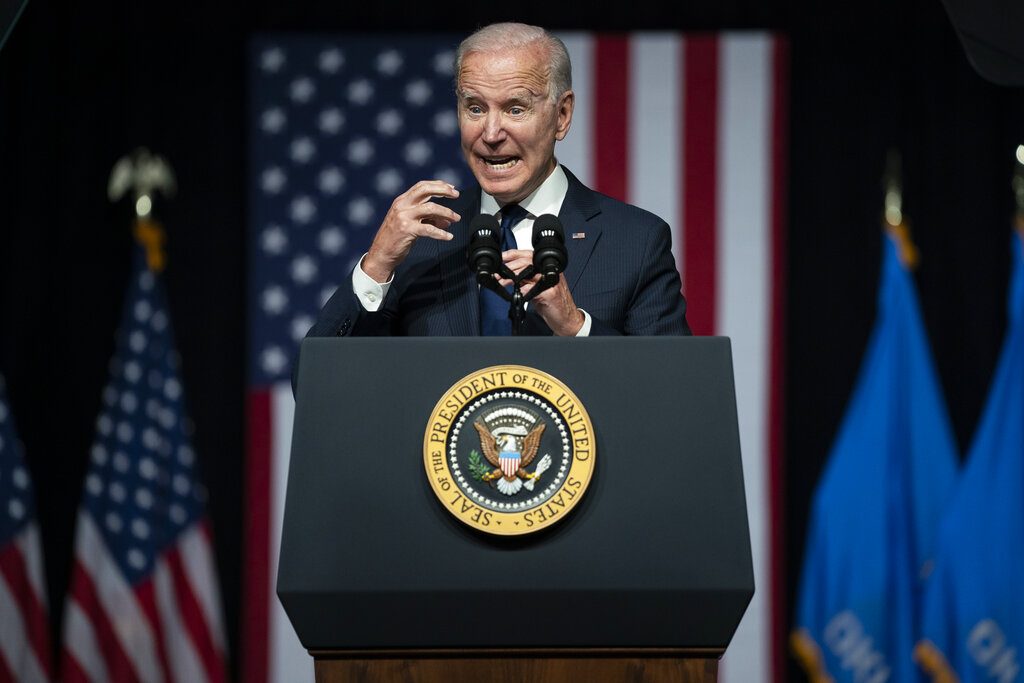 House Speaker Nancy Pelosi is ruling out a presidential commission to study the Jan. 6 insurrection at the U.S. Capitol, telling House Democrats that having President Joe Biden appoint a panel is unworkable even after the Senate blocked an independent probe last week.

Pelosi on Tuesday laid out possible next steps after last week’s Senate vote, in which Senate Republicans blocked legislation to create an independent, bipartisan panel to investigate the siege. She proposed four options for an investigation of the attack, according to a person on the private Democratic caucus call who spoke on condition of anonymity to discuss internal conversations.

The first option, Pelosi said, is to give the Senate another chance to vote on the commission. Six Republicans voted with Democrats to move forward with the bill, and a seventh missed the vote but said he would have backed it. That means Democrats would only need support from three additional Republicans to reach the 60 votes needed for passage. The commission would be modeled after a highly respected panel that investigated the 9/11 terrorist attacks.

The other options involve the House investigating the attack, meaning the probes would be inherently partisan. Pelosi suggested that she could appoint a new select committee to investigate the siege or give the responsibility to a single committee, like the House Homeland Security panel, which wrote the original bipartisan bill to create the commission. Alternately, Pelosi said committees could simply push ahead with their own investigations that are already underway.

But the speaker said she believed a commission appointed by Biden — an idea pitched by some in her caucus after Friday’s Senate vote — was “not a workable idea in this circumstance” because Congress would still need to approve money and subpoena authority for the panel.

Pelosi’s comments come as members of both parties have pushed for a deep dive into the insurrection, which was designed to interrupt the presidential electoral count and was the worst attack on Congress in two centuries.

The White House has not yet said whether Biden would try to appoint a commission without Congress. On Friday, White House deputy press secretary Karine Jean-Pierre told reporters that “the president has been clear that the shameful events of Jan. 6 need to be independently and fully investigated” and that he remains committed to that.

“We will continue to work with Congress to find a path forward to ensure that happens,” she said.

After the Senate vote, some Democrats urged Biden to move on his own.

“In light of the GOP’s cowardly filibuster of a bipartisan January 6th commission, I urge President Biden to form and appoint a Presidential Commission to fully investigate the insurrection at the United States Capitol, to identify the individuals and organizations who plotted or were involved in those violent acts, and to make recommendations to prevent such an attack from ever recurring,” said Virginia Rep. Gerry Connolly in a statement over the weekend.

It’s uncertain whether the Senate would hold another vote on the commission and whether any additional Republicans would support it. Senate Majority Leader Chuck Schumer, D-N.Y., left open the possibility of a second attempt, saying after the vote that “the events of January 6 will be investigated.”

Senate Minority Leader Mitch McConnell, R-Ky., opposes the commission, saying he believes the panel would be partisan even though it would be divided evenly between the two parties. McConnell’s criticism came after Trump opposed it and called the legislation a “Democrat trap.”

Still, six in McConnell’s caucus defied him, arguing that an independent look was needed, and Pennsylvania’s Pat Toomey would have brought the total to seven but for a family commitment, his office said. The Republicans who voted to move forward on the bill were Sens. Bill Cassidy of Louisiana, Lisa Murkowski of Alaska, Susan Collins of Maine, Ben Sasse of Nebraska, Rob Portman of Ohio and Mitt Romney of Utah.

The House passed the bill in May, with 35 Republicans voting with Democrats to pass it.