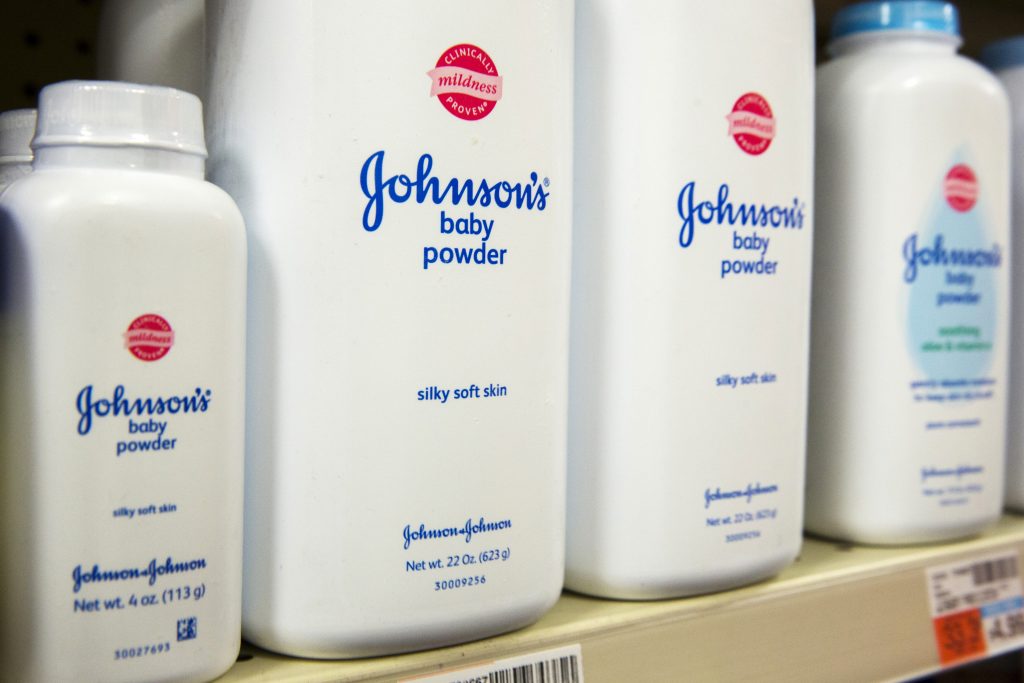 The U.S. Supreme Court on Tuesday declined to hear Johnson & Johnson’s bid to overturn a $2.12 billion damages award to women who blamed their cancer on asbestos in the company’s baby powder and other talc products.

The justices turned away a J&J appeal and left in place a Missouri state court ruling in litigation brought by 22 women whose claims were heard together in one trial.

The Missouri Court of Appeals, an intermediate state appellate court, last year ruled against J&J’s bid to throw out the compensatory and punitive damages awarded to the plaintiffs but reduced the total to $2.12 billion from the $4.69 billion originally decided by a jury.

J&J said in a statement that there are unresolved legal issues that will continue to be litigated. It previously has said it faces more than 19,000 similar claims.

“The matters that were before the court are related to legal procedure, and not safety. Decades of independent scientific evaluations confirm Johnson’s Baby Powder is safe, does not contain asbestos, and does not cause cancer,” the company said.

J&J has argued that a decision by a Missouri circuit court judge to consolidate disparate baby powder-related claims from the plaintiffs – including 17 women from outside the state – for a trial before a single jury violated the New Brunswick, New Jersey-based company’s due process rights under the U.S. Constitution. J&J also has argued that the size of the jury’s damages award violated its due process rights.

The Missouri Supreme Court, the state’s highest court, in November declined to hear J&J’s appeal of the Missouri Court of Appeals ruling, prompting the company to appeal to the U.S. Supreme Court.

“This was a victory not just for the amazing women and their families who we were privileged to represent, but a victory for justice,” said Mark Lanier, a lawyer for the plaintiffs.

The plaintiffs, nine of whom have died and are now represented by their estates, have argued that Missouri courts have jurisdiction over out-of-state claims like those brought in this litigation. One of the products that the out-of-state plaintiffs said they had used was manufactured in Missouri.

The Missouri Court of Appeals concluded that it was reasonable to infer from the evidence that J&J “disregarded the safety of consumers” in its drive for profit despite knowing its talc products caused cancer. It also found “significant reprehensibility” in J&J’s conduct.

In addition to reducing the damages, the Missouri Court of Appeals dismissed two of the 17 out-of-state plaintiffs.

In court papers, J&J said the case followed a “winning formula” devised by plaintiffs’ lawyers of bringing claims in jurisdictions where they can get dozens of out-of-state plaintiffs to testify in a single trial, prejudicing the jury and resulting in “outsized” damages awards.

In the Missouri trial, the company said, the jury awarded each plaintiff an identical punitive damages award of $25 million, regardless of the facts specific to each plaintiff or whether they were alive or dead. The company also said the jury awarded punitive damages much larger than the “already staggering” compensatory damages, which J&J has called a further violation of its due process rights.

Justice Samuel Alito did not participate in the Supreme Court’s decision not to hear the appeal, likely because he owns J&J stock. Justice Brett Kavanaugh, whose father – now retired – was a longtime lobbyist for the toiletries industry, also did not take part. The justices do not explain why they step aside in certain cases.

A 2018 Reuters investigation found that J&J knew for decades that asbestos, a carcinogen, was present in its talc products. Internal company records, trial testimony and other evidence showed that from at least 1971 to the early 2000s, J&J’s raw talc and finished powders sometimes tested positive for small amounts of asbestos.

The company said in May 2020 it would stop selling its baby powder talc in the United States and Canada, citing changes in consumer habits and what it called “misinformation” about the product’s safety amid numerous legal challenges.