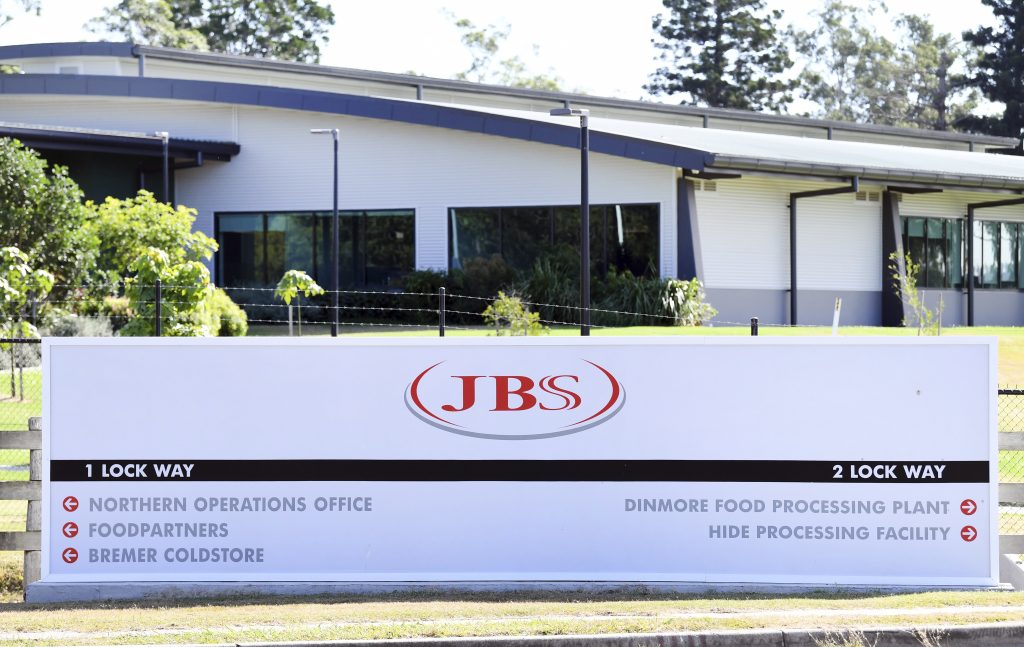 The White House said on Tuesday that Brazil’s JBS SA has informed the U.S. government that a ransomware attack against the company that has disrupted meat production in North America and Australia originated from a criminal organization likely based in Russia.

JBS is the world’s largest meatpacker and the incident caused its Australian operations to shut down on Monday and has stopped livestock slaughter at its plants in several U.S. states.

The ransomware attack follows one last month by a group with ties to Russia on Colonial Pipeline, the largest fuel pipeline in the United States, that crippled fuel delivery for several days in the U.S. Southeast.

White House spokeswoman Karine Jean-Pierre said the United States has contacted Russia’s government about the matter and that the FBI is investigating.

“The White House has offered assistance to JBS and our team at the Department of Agriculture have spoken to their leadership several times in the last day,” Jean-Pierre said.

“JBS notified the administration that the ransom demand came from a criminal organization likely based in Russia. The White House is engaging directly with the Russian government on this matter and delivering the message that responsible states do not harbor ransomware criminals,” Jean-Pierre added.

If the outages continue, consumers could see higher meat prices during summer grilling season in the United States and meat exports could be disrupted at a time of strong demand from China.

The disruption to JBS’s operations have already had an impact, analysts said. U.S. meatpackers slaughtered 94,000 cattle on Tuesday, down 22% from a week earlier and 18% from a year earlier, according to estimates from the U.S. Department of Agriculture.

JBS said it suspended all affected systems and notified authorities. It said its backup servers were not affected.

“On Sunday, May 30, JBS USA determined that it was the target of an organized cybersecurity attack, affecting some of the servers supporting its North American and Australian IT systems,” the company said in a Monday statement.

“Resolution of the incident will take time, which may delay certain transactions with customers and suppliers,” the company’s statement said.

The company, which has its North American operations headquartered in Greeley, Colorado, controls about 20% of the slaughtering capacity for U.S. animals, according to industry estimates.

“The supply chains, logistics, and transportation that keep our society moving are especially vulnerable to ransomware, where attacks on choke points can have outsized effects and encourage hasty payments,” said threat researcher John Hultquist with security company FireEye.

Any impact on consumers would depend on how long production is down, said Matthew Wiegand, a risk management consultant and commodity broker at FuturesOne in Nebraska.

“If it lingers for multiple days, you see some food service shortages,” Wiegand added.

Two kill and fabrication shifts were canceled at JBS’s beef plant in Greeley due to the cyberattack, representatives of the United Food and Commercial Workers International Union Local 7 said in an email. JBS Beef in Cactus, Texas, also said on Facebook it would not run on Tuesday.

A representative in Sao Paulo said the company’s Brazilian operations were not impacted.

The United States Cattlemen’s Association, a beef industry group, said on Twitter that it had reports of JBS redirecting livestock haulers who arrived at plants with animals ready for slaughter.

Last year, cattle and hogs backed up on U.S. farms and some animals were euthanized when meat plants shut due to COVID-19 outbreaks among workers.

A JBS beef plant in Grand Island, Nebraska, said only workers in maintenance and shipping were scheduled to work on Tuesday due to the cyberattack.

U.S. congressman Rick Crawford, an Arkansas Republican, called for a bipartisan effort to secure food and cyber security in the wake of the cyberattack.

“Cyber security is synonymous with national security, and so is food security,” Crawford wrote on Twitter.

Over the past few years, ransomware has evolved from one of many cybersecurity threats to a pressing national security issue with the full attention of the White House.

A number of gangs, many of them Russian-speakers, develop the software that encrypts files and then demand payment in cryptocurrency for keys that allow the owners to decipher and use them again. An increasing number of the gangs, and affiliates who break into some of the targets, now demand additional money not to publish sensitive documents they copied before encrypting.

In addition to diplomatic pressure, the Biden White House is taking steps to regulate cryptocurrency transfers and track where they are going.