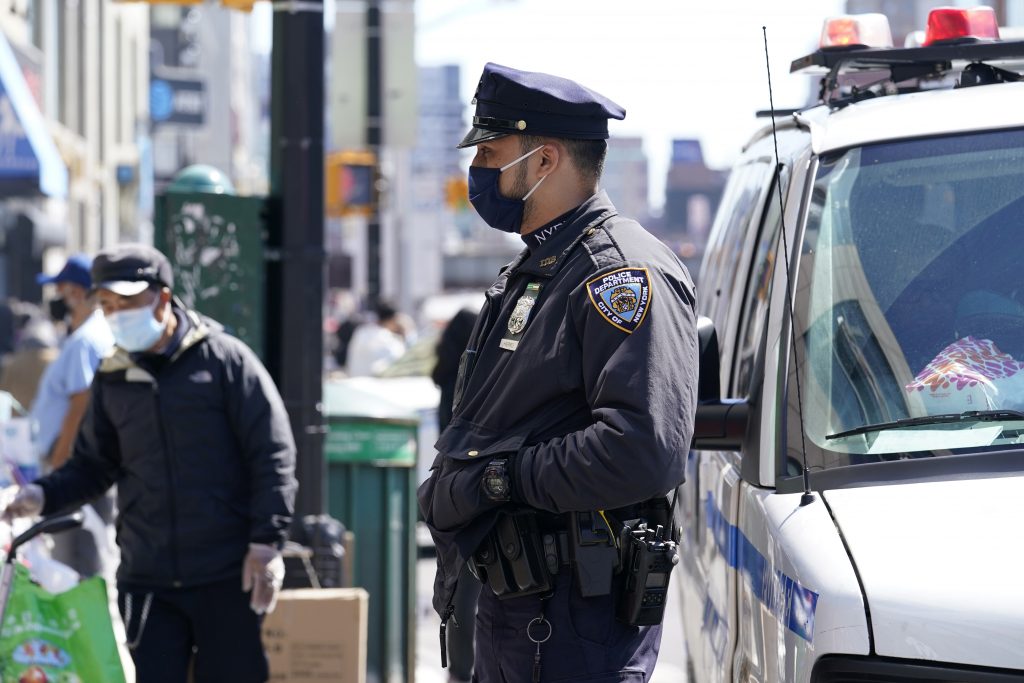 The man allegedly seen on video randomly punching an Asian American woman so hard she collapsed has been arrested, and he has nearly as many arrests as he is old.

NBC News reported that Wright has an extensive rap sheet, with 40 prior arrests including several for assault.

On Monday on Bayard Street in Chinatown, Wright was filmed walking up to an Asian American woman and punching her in the face. The victim staggered backward and fell against an outdoor dining structure. Witnesses rushed to her aid in the video, which was shared on social media by Assemblywoman Yuh-Line Niou.

The woman told police she momentarily blacked out and had a severe headache and suffered from nausea and dizziness afterward.

Niou later tweeted that the 55 year-old victim regained consciousness and was communicative soon after the attack.

ABC 7 reported that Wright, who is homeless and had previously been charged with assault on May 10 for attacking someone he thought was following him, was taken to Bellevue Hospital for a psychiatric evaluation.

Mayoral candidate Eric Adams, appearing at a rally in the predominately Asian neighborhood of Flushing, Queens, condemned the violence and vowed to boost the funding of the NYPD’s Asian Hate Crimes Task Force.

“As a Black man, I know first-hand what it is to live under bigotry and racism and violence,” he said. “We will stand side-by-side with our Asian community and say you will not be fearful of walking the streets of your city.”

Mayor Bill de Blasio, at his press conference on Tuesday, decried the violence and urged New Yorkers to intervene or call the police if they see an Asian American being singled out. “We’ve had a spate of horrible attacks against Asian Americans. They’re unacceptable, we have encouraged everyone to come forward,” the mayor said. “We’ve got to stop Asian hate. That’s the bottom line. We have a very strong Asian hate crime task force in the NYPD that’s doing really powerful work, including undercover work, which has captured several assailants … I’m asking every New Yorker to participate in the effort to stop Asian hate and anyone who witnesses an act of hate, we need that reported.”