Throughout 2020, the Directorate of International Defense Cooperation (SIBAT), in the Ministry of Defense, has assisted and supported Israeli defense industries in signing dozens of significant agreements with partners around the world.

“Israeli industries, both small and large, have proved that they are among the world’s leading companies, both in quality and in technological advance – even during a year of global crisis,” said Defense Minister Benny Gantz. 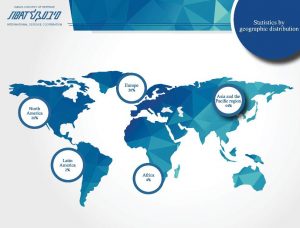 “During the past year, we have worked intensively to deepen government agreements and cooperation with our partners around the world, and we will continue to do so. Israel has new markets and significant opportunities for development that will contribute and inject billions into the local economy, bring new jobs, and contribute to Israel’s security. The entire defense establishment and SIBAT will continue to take all the necessary measure to support local industries, while investing in Israel’s periphery and contributing to the resilience of the State of Israel.”

The largest sales in dollar terms were for radar and early warning equipment, which made up 16% of all sales, followed by ammunition and armament (16%), manned aircraft and avionics (13%), observation and optronics (13%), missiles, rockets, and air defense systems (10%), weapon stations and launchers (8%), C4I and communication systems (8%), drone systems and UAVs (6%), intelligence, information and cyber systems (5%), vehicles and APCs (3%), services and other (2%).

“An increase in defense exports at the height of the global pandemic is a significant achievement,” said Head of SIBAT, Brig. Gen. (Res.) Yair Kulas. 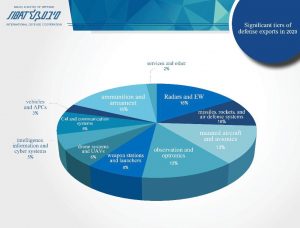 “It is attributed first and foremost to the excellence of Israel’s defense industries and to their expertise – a result of their intimate understanding of military needs through the IDF. SIBAT will continue to do what is necessary to support Israeli industries, as well as to deepen and expand Israel’s cooperation with our partners around the world.”