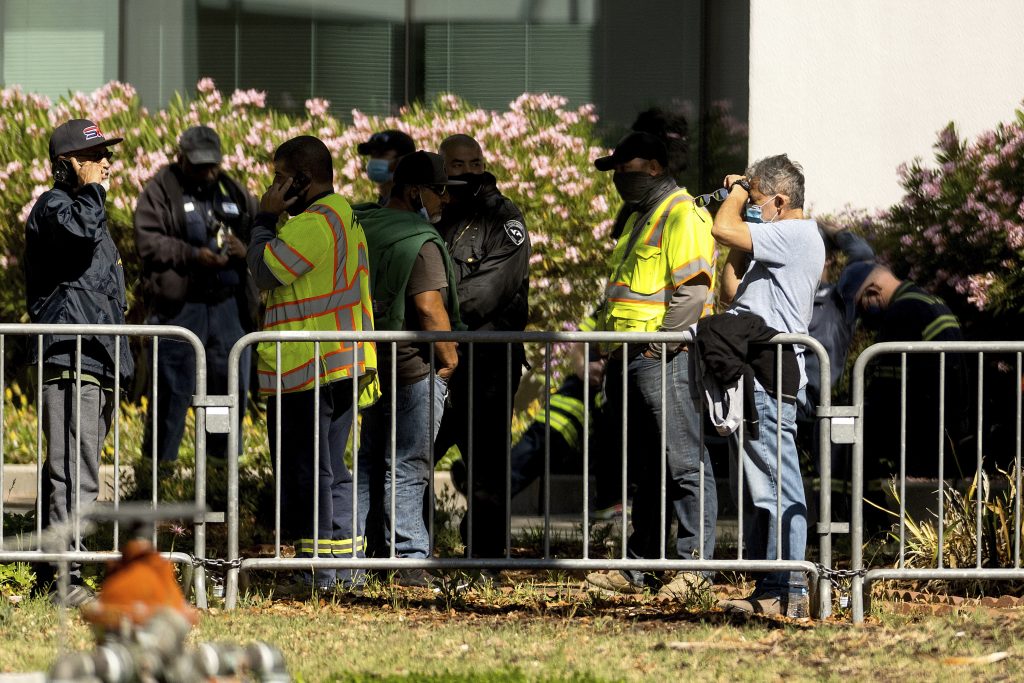 Early last Wednesday morning, a man arrived at a San Jose, California, light rail facility carrying a duffel bag filled with semi-automatic handguns and high-capacity magazines. He then used some of the weapons to kill nine people at the facility.

And early yesterday, three people opened fire at a Florida club, killing at least two and wounding at least 20.

And so, once again, the issue of gun violence in the U.S., which has the highest homicide-by-firearm rate of any of the world’s most developed nations, is brought to the fore.

According to the Gun Control Archive, there have been 231 mass shootings (defined by 4 or more casualties) in the United States in the first 146 days of 2021, killing 260 people and injuring 864.

For perspective, an estimated 1.4 million Americans have died in all the wars in U.S. history, going back to the American Revolution. Approximately the same number of civilian citizens have died as a result of gun shootings — since 1970.

There are many ways that gun violence can be addressed.

Repealing the Second Amendment isn’t a likely one to succeed, even though the radical move has been encouraged by conservative columnist Bret Stephens, who calls the American right to bear arms “a legal regime that most of the developed world rightly considers nuts.”

But there are a number of less quixotic ways to limit the deadly wages of easy gun availability in our country.

The very day that the San Jose shooting took place, the Senate Judiciary Committee was holding a confirmation hearing for David Chipman, President Biden’s choice to lead the Bureau of Alcohol, Tobacco, Firearms and Explosives.

Mr. Chipman, a two-decade veteran of the ATF, is a proponent of new gun control measures, like the regulation of semiautomatic weapons and universal background checks — even of sales by private parties, which are currently unregulated. A 2020 Gallup Poll showed that 96% of Americans favored such checks. The National Rifle Association has mounted a campaign to have lawmakers reject Mr. Chipman’s nomination.

There are also measures in the Congressional air that would require waiting periods for gun purchases, to prevent impulsive violence. The House has already passed two bills requiring that and universal background checks, but the Senate has yet to take up the measures.

After last week’s mass shooting, President Biden said in a statement, “I have the solemn duty yet again of ordering the flag to be lowered at half-staff, just weeks after doing so following the mass shootings at spas in and around Atlanta; in a grocery store in Boulder, Colorado; at a home in Rock Hill, South Carolina; and at a FedEx facility in Indianapolis, Indiana.” The President urged Congress to enact stricter gun control measures.

But the San Jose shooting was a particular reminder of a most important element in preventing gun deaths.

According to a Biden administration official, the perpetrator of the massacre, 57-year-old Samuel Cassidy, was detained by customs officials when he returned from a trip to the Philippines in 2016, and spoke of his hatred for his employer, the Valley Transportation Authority. According to the Wall Street Journal, he was found at the time to have a memo book with notes on how he hated his job.

While it isn’t clear why Cassidy was detained by customs, it surely wasn’t arbitrarily. According to the Journal, he reportedly also had books about “terrorism and fear and manifestos” in his possession.

Cassidy’s ex-wife, moreover, told the Associated Press that he had talked about killing people at work more than a decade ago.

She said he used to come home from work resentful and angry over what he perceived as unfair assignments.

While public records show Cassidy faced nothing more serious than a 1983 arrest for “misdemeanor obstruction/resisting a peace officer,” a woman who knew him described him in court documents filed in 2009 and obtained by the San Francisco Chronicle as volatile and violent, with major mood swings that became worse when he drank heavily.

Doug Suh, who lives across the street from where Cassidy lived, told The Mercury News in San Jose that the murderer seemed “strange” and that he never saw anyone visit him.

“I’d say hello, and he’d just look at me without saying anything,” Mr. Suh said. Once, Cassidy yelled at him to stay away as he was backing up his car into Cassidy’s driveway.

Such signs of a person’s mental instability and anger issues, even in the absence of any serious criminal record, should raise concerns, and their existence in this case should focus attention on the need to limit gun purchases to people who, to the best of law enforcement’s legal abilities to investigate, can be demonstrated to be stable and worthy of carrying a dangerous weapon.

No one wants the government to pry into private lives, but gun ownership, courts have repeatedly asserted, is not an unlimited right. It is, thus, more akin, in a way, to a privilege.

And so, if even non-criminal evidence of instability becomes known about a person, it would seem wise to prevent him from joining the current U.S. owners of 393 million firearms.