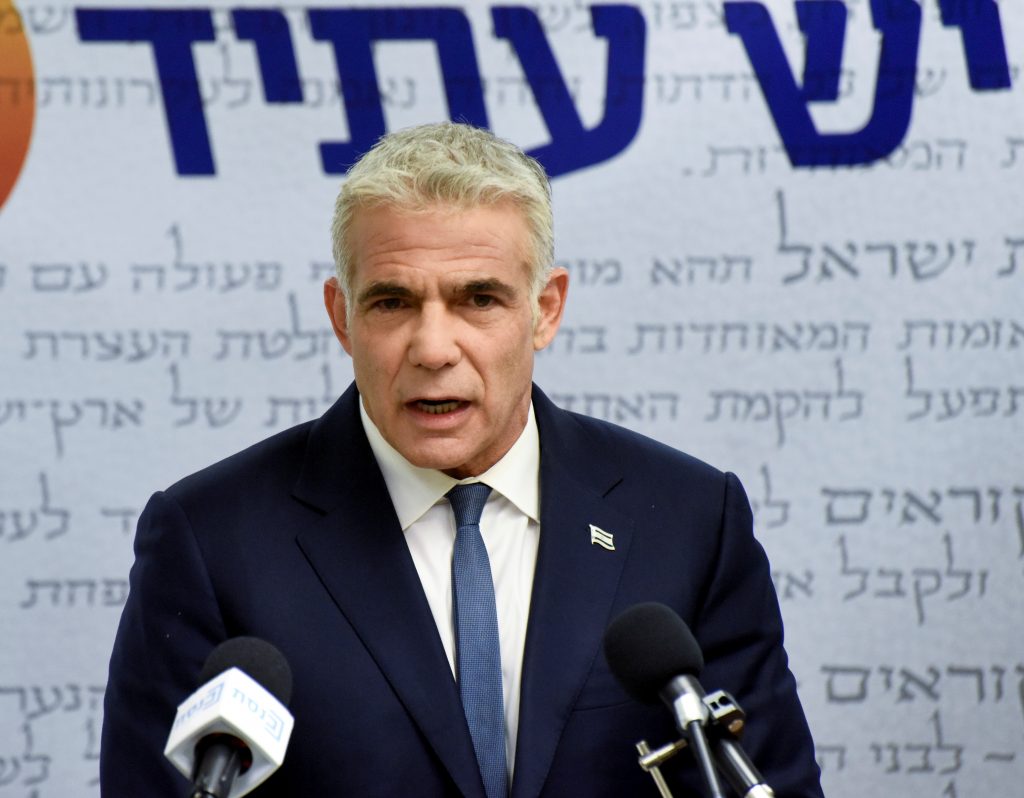 Some of the “plenty of obstacles” that Yesh Atid chairman Yair Lapid said were facing the formation of a unity government were reported in Israeli media on Monday night.

Yamina MK Ayelet Shaked has given her ultimatum, that unless she is placed on the Judicial Appointments Committee, “there won’t be a government,” according to the Kan public broadcaster.

Her rival for the post, which selects candidates for the judiciary, Labor party chief Merav Michaeli, whose views on such matters are diametrically opposed to Shaked, who as justice minister in a previous Netanyahu government, worked to correct the imbalance of a heavily left-leaning judiciary. Michaeli, of course, has so far made no move to step aside.

Ra’am leader Mansour Abbas demanded in a meeting with Shaked on Monday that a member of his Islamist party be made deputy interior minister, Haaretz reported.

Shaked, the putative interior minister, was said to be strongly opposed to granting the request. Yamina leader Naftali Bennett and New Hope chairman Gideon Saar are on the fence, according to the report.

The matter is crucial, because the parties need Ra’am’s support to form a government that would remove Netanyahu from power.

Meanwhile, Ra’am denies that one of its MKs plans to oppose the establishment of a government led by Bennett and Lapid, as reported by Channel 12.

The prospective coalition must have the support of all four Ra’am members to secure the majority vote needed to form a government.

Another obstacle: Channel 13 reported that Gideon Saar’s New Hope is conditioning its support for the government on the attorney general’s job being split into two positions and on the continued building in Yehuda and Shomron.

Lapid was not expected to announce on Monday that he has the votes for a coalition. He has until Wednesday.