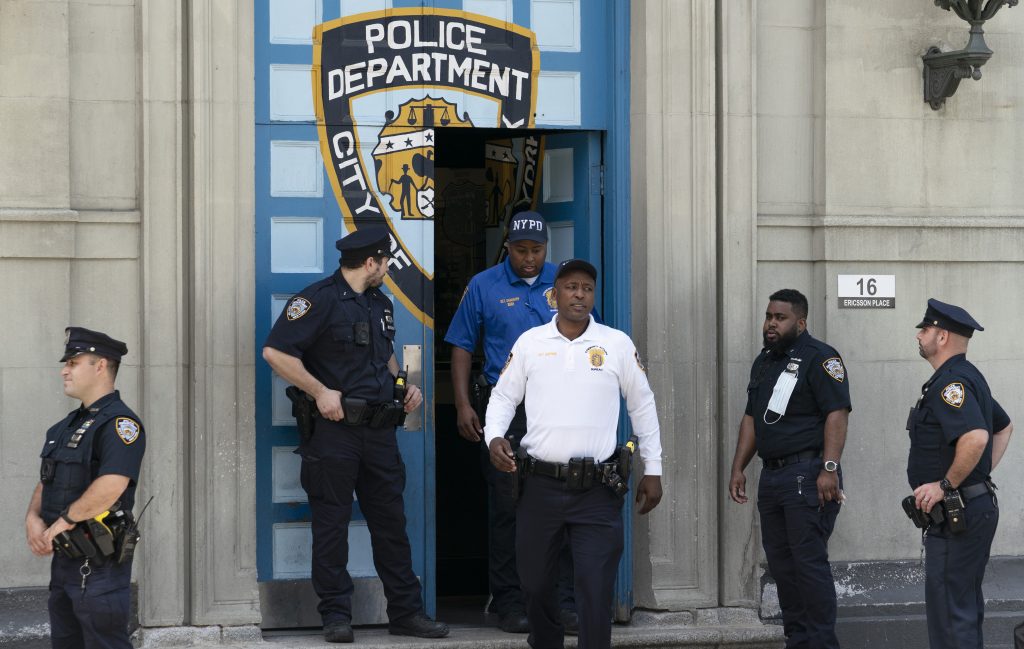 After more than 20 people were shot during another bloody weekend in New York, Andrew Yang, a leading candidate to become the city’s next mayor, stood outside a Bronx housing project and called for an immediate increase in the number of police officers who investigate gun crimes and patrol subways.

The city, Yang said on Thursday, “is failing us. We can do better.”

A year ago, protests over police brutality and racial injustice rocked cities across the country. Cries of “defund the police” and calls for reform echoed throughout the Democratic Party. But New York‘s mayoral contest suggests a different political reality is taking hold among Democrats as urban areas nationwide dig out from the coronavirus pandemic.

The pandemic triggered massive job losses, left streets deserted, strained local budgets and contributed to a national rise in violent crime. The murder rate in U.S. cities jumped 25% or more in 2020, FBI statistics show, and is continuing to escalate this year. Last week, the Biden administration launched an initiative to help combat the spike in gun violence and homicides.

The debate over the future of policing is taking place daily in New York, as a bevy of Democrats jockey for the party’s nomination ahead of the June 22 primary that will likely decide who becomes mayor. So far, candidates who have embraced a pro-law enforcement message and pushed back against progressive calls to reduce funding for police departments seem to have the upper hand.

The election’s outcome may provide a window into how voters prioritize issues in a post-pandemic society. That has significant implications for Democrats as they head toward the 2022 elections, when their control of Congress will be at stake — and as they continue to grapple with tensions between the moderate and more liberal voices within the party.

“What happens in New York goes elsewhere. This is a harbinger of what’s to come,” said Douglas Schoen, a Democratic pollster and longtime adviser to former New York City Mayor Michael Bloomberg.

For many in COVID-scarred New York, indelible images of a city in crisis came last May, when protests over racial injustice descended into several nights of looting and mayhem in Manhattan and Brooklyn.

More recently, the city has been rattled by a series of violent incidents. Shootings are up 90% since the same time a year ago.

A poll conducted this month by the Manhattan Institute, a conservative think tank, found that nearly half of Democratic primary voters rank public safety as their top concern and that just 18% said they want fewer police patrolling their neighborhoods. A recent Emerson College poll also listed public safety as voters’ top issue.

“This mayoral race is absolutely a window into what New Yorkers want to see in a city reborn,” said Michael Hendrix, the Manhattan Institute’s director of state and local policy. “They want a return to economic growth and jobs. They want safe streets and a sense of some kind of public order.”

That has given an opening for moderate candidates such as Yang, an entrepreneur and former presidential candidate; Eric Adams, a former police officer and current Brooklyn borough president; and Kathryn Garcia, a longtime civil servant who ran the city’s sanitation department.

Polls have showed them among the top of the field, with progressives such as civil rights lawyer Maya Wiley lagging behind, although the race remains fluid.

Adams has made public safety a centerpiece of his campaign, often showing up at crime scenes around the city. He has pledged to revive a controversial plainclothes anti-crime unit within the NeYPD as an “anti-gun unite,” and supports a revised version of a police tactic known as “stop and frisk” that has been widely criticized by liberals as intrusive and discriminatory.

He has tried to win over skeptics by promising better training for police officers and other reforms. Norman Siegel, a former head of the American Civil Liberties Union’s New York chapter who endorsed Adams, said street-level tactics like “stop and frisk” are necessary.

“There’s guns on the street. There’s increasing shootings. You can’t be blind to that,” Siegel said. “I’m convinced with Eric as mayor we will get a different NYPD.”

Progressives in the city hope the election’s new ranked-choice voting system will allow a candidate such as Wiley to emerge as other hopefuls are eliminated – and that perhaps the highly popular progressive U.S. Representative Alexandria Ocasio-Cortez will endorse a like-minded candidate soon.

Democrats and Republicans alike will be watching to see the direction the city chooses.

Earlier this month, Democrats conceded in an internal memo examining the 2020 election that Republican attacks last year on their candidates over issues such as defunding the police were effective in some battleground races, perhaps costing them seats in the U.S. House of Representatives and elsewhere.

Support for the Black Lives Matter movement and dramatic police reform had become a litmus test for some Democrats. President Joe Biden largely side-stepped the issue as a candidate. Other moderate Democrats, even if they had never expressed support for slashing police budgets, found themselves on the defensive anyway.

In a speech on Thursday, the Senate’s top Republican, Mitch McConnell, served notice that his party intends to make crime a major issue in next year’s midterm elections by blasting “defund the police” efforts.

The Democratic Congressional Campaign Committee, the arm of the party that oversees House races, said it plans to blunt those attacks by emphasizing the economic relief Congress has sent to pandemic-battered communities and by pointing to federal police reform legislation that passed in the House but remains stalled in the Senate.

The pandemic and surge in crime came at a perilous time for progressive candidates and the Black Lives Matter movement, said Christina Greer, political science professor at Fordham University. The debate over policing has become “more nuanced, more complicated.”

“When crime starts to rise, whether its real or perceived,” she said, “voters tend to want a more conservative, law-and-order candidate.”