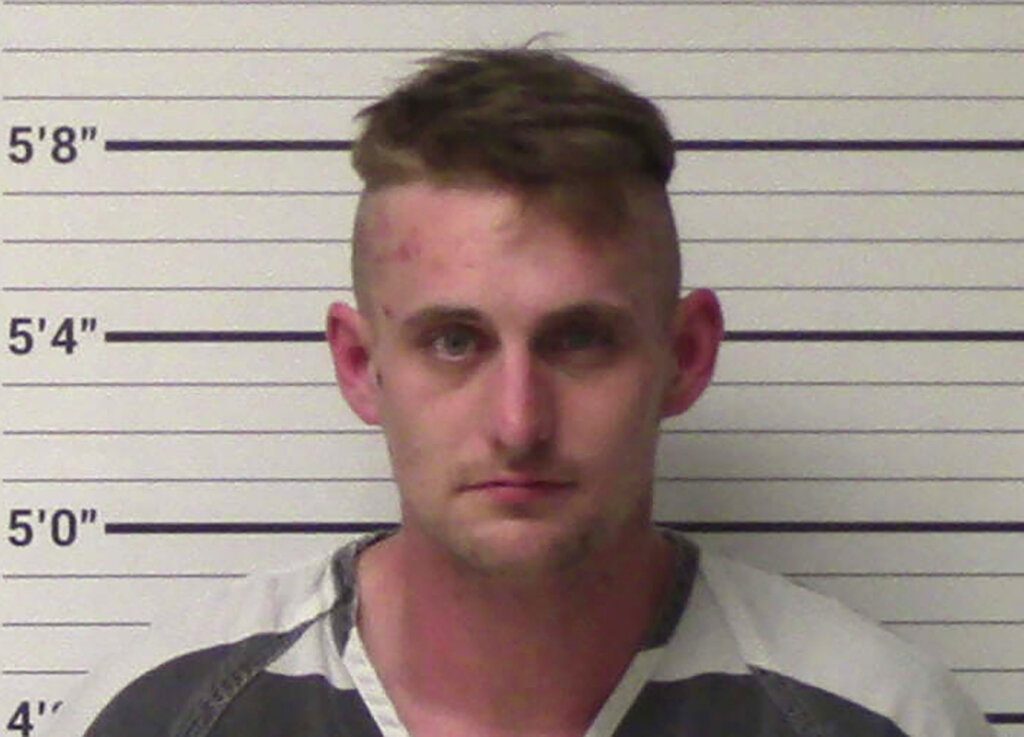 Authorities in Texas arrested a man accused of plotting to carry out a mass shooting at a Walmart, and a search of the suspect’s home turned up firearms, ammunition and materials officials described as “radical ideology paraphernalia.”

Coleman Thomas Blevins, 28, was arrested Friday in Kerrville and has been charged with making a “terroristic threat to create public fear of serious bodily injury,” the Kerr County Sheriff’s Office said in a news release Sunday.

Investigators said they intercepted a message from Blevins on Thursday indicating he was “preparing to proceed with a mass shooting,” and that the threat included Walmart. Blevins was taken into custody the next day.

Authorities searched his home and, according to the release, “firearms, ammunition, electronic evidence, concentrated THC, and radical ideology paraphernalia, including books, flags, and handwritten documents were seized.”

Blevins is on felony probation and was not supposed to have guns, the release said. He was booked into the Kerr County Jail in Kerrville, a city about 70 miles (113 kilometers) northwest of San Antonio. Jail records didn’t list an attorney who could comment on Blevins’s behalf.