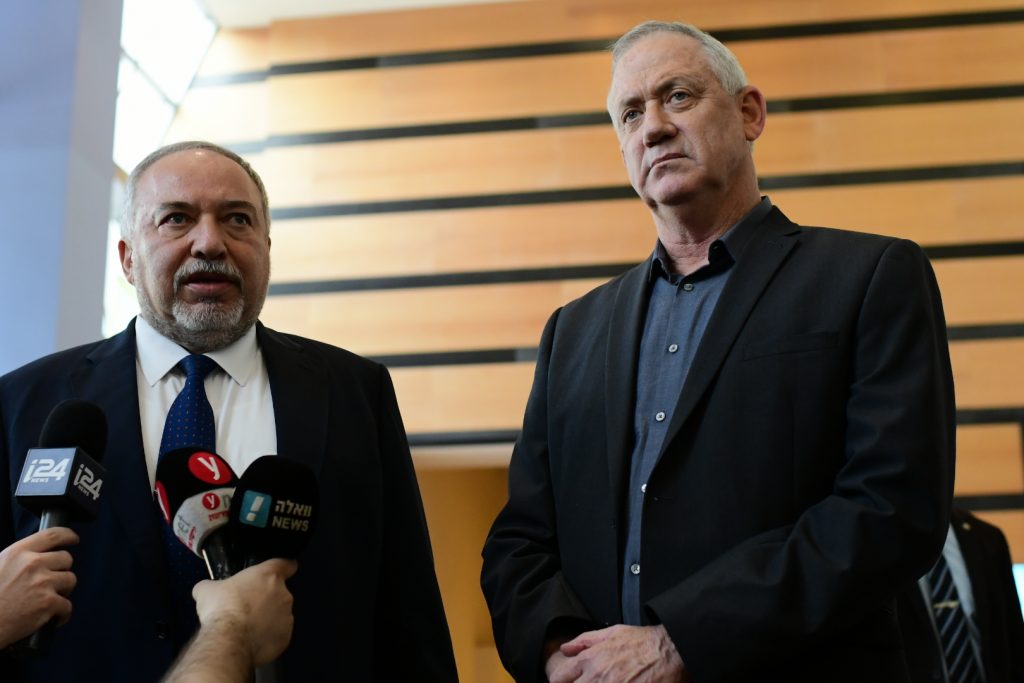 Yesh Atid leader Yair Lapid acknowledged “plenty of obstacles” in forming a new government of right-wing, centrist and left-wing parties, but expressed hope that the issues can be resolved.

“There are still plenty of obstacles in the way of the formation of the new government. Maybe that’s a good thing because we’ll have to overcome them together. That’s our first test. To see if we can find smart compromises in the coming days to achieve the greater goal. In a week the State of Israel can be in a new era. Suddenly it will be quieter, ministers will go to work without inciting, without lying, without trying to instill fear all the time,” he said.

Efforts by Yamina leader Naftali Bennett and Lapid faced new challenges on Monday, as Blue and White and Yisrael Beytenu sparred over the Agriculture and Aliyah and Integration portfolios.

Yisrael Beytenu head Avigdor Liberman complained during his faction’s meeting that he had already “sacrificed enough.” He said that Blue and White had agreed to give his party the Agriculture portfolio and they cannot have it back.

Liberman then went on to accuse Blue and White’s Benny Gantz of “building an alibi” by engaging in a “holy war” over such a modest post.

On the other hand, Gantz told the Bar Association conference in Eilat on Monday that he needed to be rewarded for giving up the premiership that he was set to receive in November, according to the coalition deal with Prime Minister Binyamin Netanyahu.

Blue and White is also complaining that the party was given only one minister in the Security Cabinet when other parties were given two.

There are also fights between Yesh Atid and New Hope over the Knesset Speaker post and the Communications Ministry.

Meretz leader Nitzan Horowitz also admitted that building such a diverse coalition would be a challenge.

But he said it would be preferable to embarking on a fifth election, which would enable Netanyahu to remain in office

“There are gaps and there are disagreements that need to be closed,” Gantz said, noting his eight-seat party is larger than other factions set to join the Yesh Atid-led coalition.