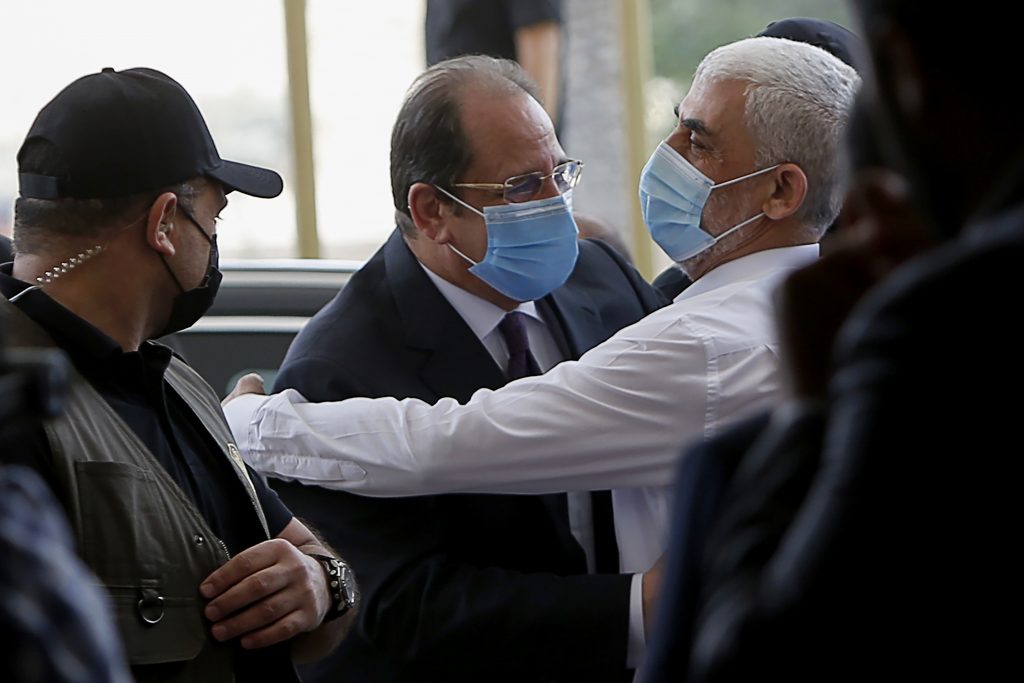 A senior Hamas official said Monday that Israel must halt its “aggression” in both Gaza and Yerushalayim if it wants calm following an 11-day war earlier this month.

Kamel, who has not given public statements, is the highest-ranking Arab official to visit Gaza since 2018. He met with Yehiyeh Sinwar, the top Hamas leader in Gaza.

“We discussed several files, most importantly the necessity to oblige the occupation to stop its aggression on Gaza, Jerusalem, Sheikh Jarrah and all over Palestine,” al-Haya told reporters. He said Israel must also fully lift the blockade it imposed on Gaza when Hamas seized power from rival Palestinian forces in 2007.

“If this happens, then calm and stability could return,” he said.

Al-Haya ruled out linking Gaza’s reconstruction to Hamas’s release of two Israeli civilians and the remains of two Israeli soldiers, Hy”d, killed in 2014. Instead, the terror group is likely to demand the release of a large number of Palestinian prisoners held by Israel.

The Egyptian-brokered truce has held but did not address any of the underlying issues of the Israeli-Palestinian conflict.