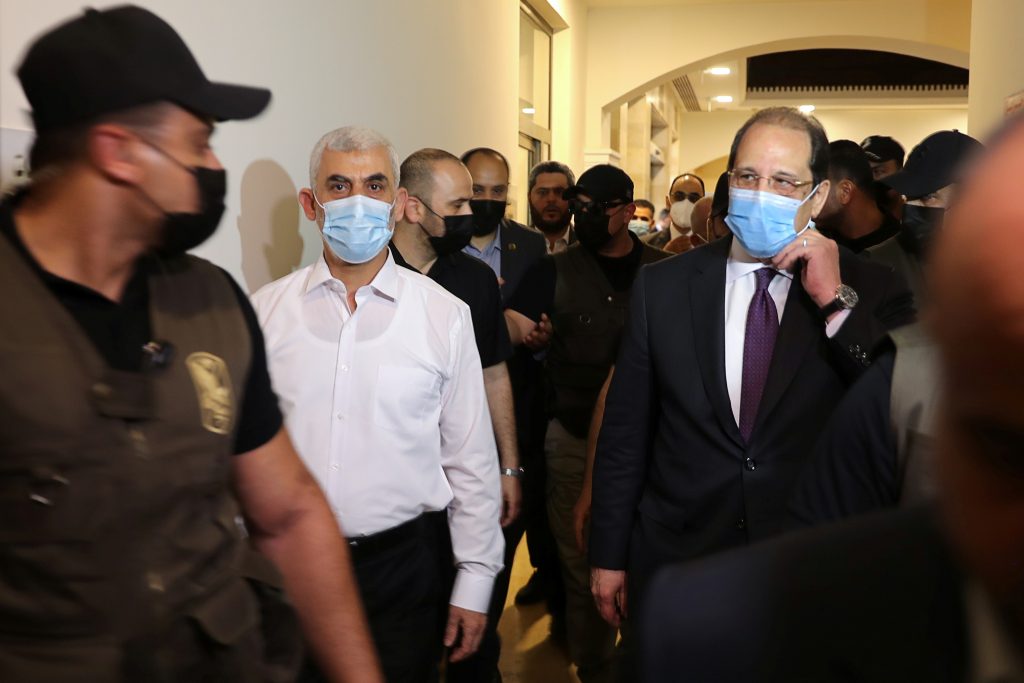 Egypt’s intelligence chief met Hamas leaders in Gaza on Monday in an effort to bolster a ceasefire between the Palestinian militant group and Israel and to discuss reconstruction plans following the recent hostilities, Egyptian and Palestinian officials said.

The visit was the first by an Egyptian intelligence chief to the enclave since the early 2000s.

“The discussion is focused on ways to cement the calm and Gaza reconstruction plans following the recent Israeli aggression,” said a Hamas official, who asked not to be named.

Hamas officials, led by Gaza Chief Yehya Al-Sinwar, would urge Cairo to pressure Israel to stop “its assaults against our people in Jerusalem and Sheikh Jarrah,” he said.

Large posters of Egyptian President Abdel Fattah al-Sisi and Egyptian flags decorated streets across the enclave to greet Intelligence Chief Abbas Kamel. Hundreds of people lined up outside the entrance to Gaza waving Egyptian flags as his motorcade drove by.

Kamel’s visit is seen as an effort by Cairo to regain a more vital role in mediation between Israel and Hamas and revive the stalled Israel-Palestinian peace process.

He was also expected to announce plans by Cairo to build a housing city in the enclave, the official said.

Gaza’s Housing Ministry said 1,500 housing units were completely destroyed during the fighting, another 1,500 housing units had been damaged beyond repair, and 17,000 others suffered partial damage. A ministry official put the cost of rebuilding at $150 million.

On Sunday, Kamel met in Yerushalayim with Prime Minister Binyamin Netanyahu. Netanyahu said his meeting dealt with regional security issues and ways to prevent Hamas from siphoning off civilian aid to strengthen its capabilities.