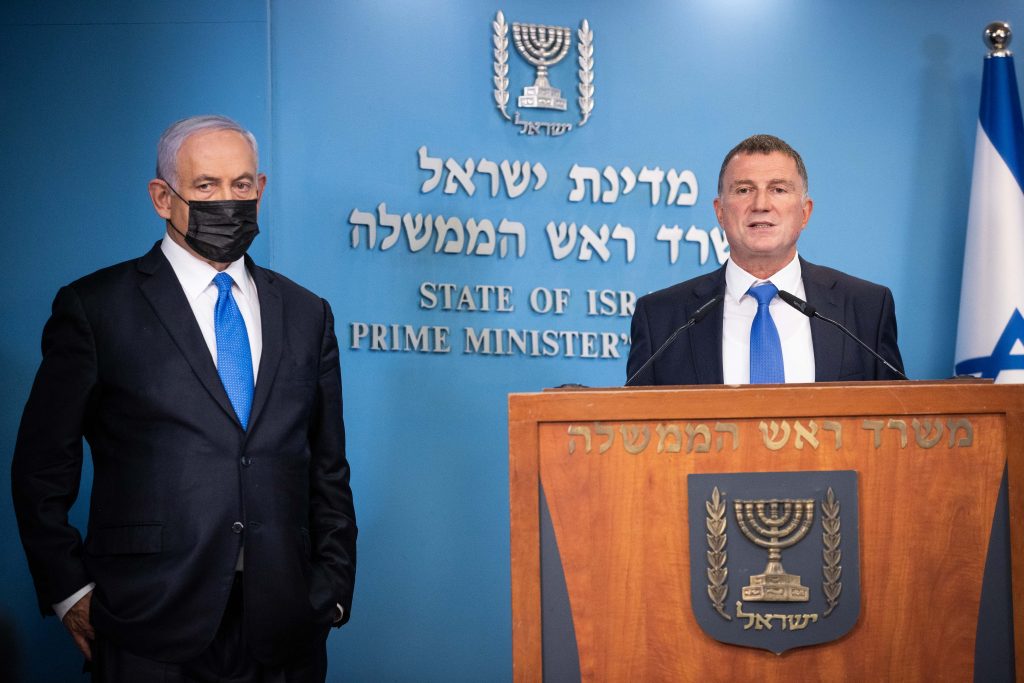 Maneuvering for the leadership of the Likud party was evident on Monday as the Likud-Bennett coalition seemed likely to become a reality.

Health Minister Yuli Edelstein plans to challenge Prime Minister Binyamin Netanyahu‏‏ for chairmanship of Likud in event the party is thrust from power, according to The Times of Israel.

If Likud goes into the opposition, Netanyahu is expected to seek snap party primaries to ensure his position at the top. Edelstein, the party’s second-ranking member, will likely seek to put off the primaries for a few months before running against Netanyahu.

Proceeding with caution, Edelstein will first wait to see if Lapid and Bennett and their ideologically varied partners will succeed in forming a coalition before he declares his candidacy.

An unnamed Likud official predicted that Netanyahu’s removal would accelerate the collapse of such a government.

“Netanyahu is the glue of the government that will be formed, and only if he resigns can we easily dismantle it,” the official said.